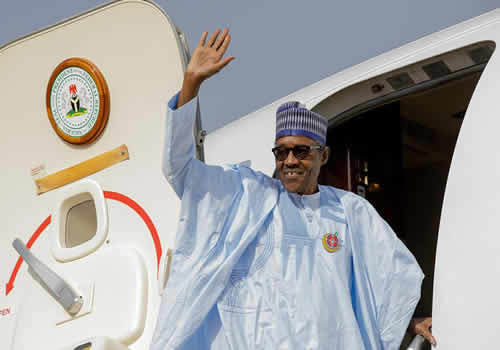 The Summit, to be hosted on Friday, May 31 by King Salman bin Abdulaziz Al Saud on the auspices of the Organization of Islamic Cooperation (OIC), will seek to develop a unified stance on events in the Islamic world. Other Heads of State and Governments of Member States are expected to attend the Summit.

A statement today, Wednesday by the senior special assistant on media and publicity, Malam Garba Shehu President Buhari will address the Summit to underscore the need for member countries to unite and work together to combat common challenges such as terrorism and violent extremism.

The statement said that the President will also push forward themes that have been at the forefront of his domestic and international priorities, including reviving the Lake Chad Basin, investing in Nigeria to create jobs and financing for development.

It said that on the margins of the summit, the Nigerian leader will hold bilateral meetings with world leaders to promote increased cooperation and collaboration on issues of mutual concern.

The statement said that the President will be accompanied by Governors Mohammed Badaru Abubakar of Jigawa State, Gboyega Oyetola of Osun State and Abubakar Sani Bello of Niger State.

Buhari is expected to return to the country on June 2nd.

Ahead of the Summit, was a preparatory meeting in Jeddah meant to adopt the draft agenda and work programme for the Summit.

On the agenda were the question of Palestine and the Arab-Israeli conflict; combating terrorism and violent extremism; the humanitarian situation in the Muslim world; promotion of scientific cooperation, among others.