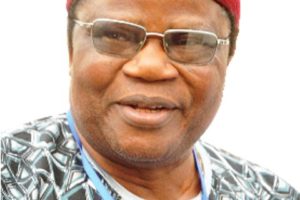 President Muhammadu Buhari has advised former Nigeria’s Minister of Information and Culture, Prince Tony Momoh, to always stick to the progressive ideals that have brought him recognition and encomiums, and continue to inspire younger leaders in the same path.

The advice came in a birthday greeting, embedded in a statement by the presidential spokesman, Femi Adesina, which he extended to the former minister as he turns 80 tomorrow, April 27.

President Buhari recalled Prince Momoh’s courage in delving into politics and providing strong leadership as Chairman of the Congress for Progressive Change (CPC), as well as serving earlier as the Chairman of Media and Publicity for the All Nigeria’s Peoples Party (ANPP) campaign organisation for many years.

He also recalled also the former minister’s sacrifice for growth of democracy and journalism in Nigeria which he said will be remembered by posterity, even as he commended Momoh’s visionary role of advocating integration of communication strategies in development plans and implementations.

The President, who acknowledged the former minister’s contribution to the growth of journalism in Nigeria, prayed to God to reward him for his goodness to country and mankind, and to grant him longer life, good health and joy.