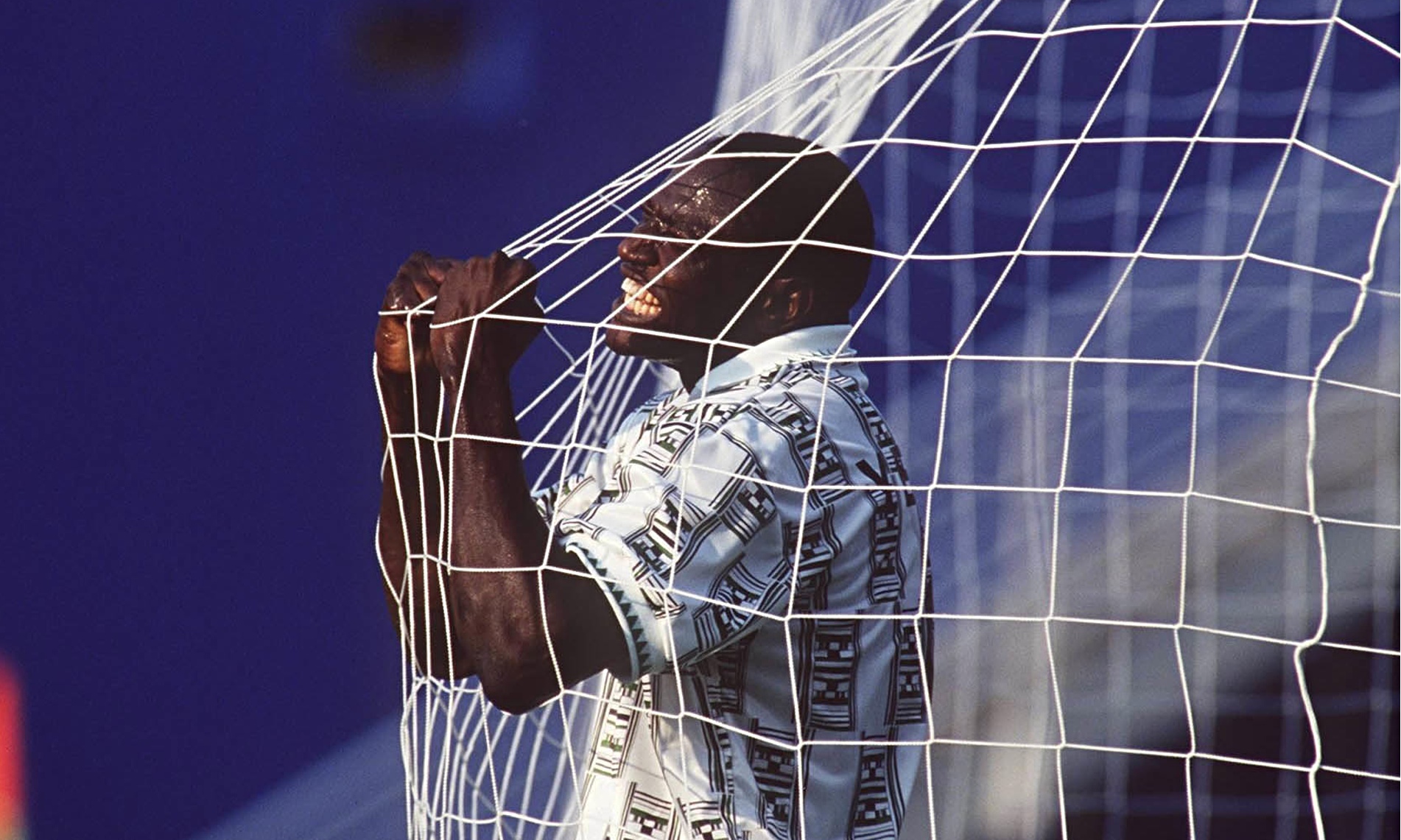 For the first time since he died, the Super Eagle top player who was the first ever to score in the World Cup tournament, Rashidi Yekini will be conferred with the national honour of Member of the Order of Niger (MON) on October 11.

He is one of the over 400 personalities that have been listed to be so honoured by President Muhammadu Buhari. Buhari was it who also honoured the acclaimed winner of the nation’s freest Presidential election, late Chief MKO Abiola.

Rashidi Yekini, who died on May 4, 2012 in Ibadan was Nigerian professional footballer who played as a forward. He was all-time top goalscorer for his nation. His professional career, which spanned more than two decades, was mainly associated with Vitória de Setúbal in Portugal, but he also played in six other countries besides Nigeria.

Rashidi Yekini started his professional career in the Nigerian League and later moved to Ivory Coast to play for African Sports National, from where he went to Portugal and Vitória de Setúbal where he experienced his most memorable years, eventually becoming the Primeira Liga’s’s top scorer in the 1993 – 94 season, after scoring 21 goals. He helped the Sadinos to be promoted from the second division, earning him the title of African Footballer of the Year, the first ever for the nation.

In the summer of 1994, Rashidi Yekini signed for Greek club Olypiacos, but did not get along with teammates and left soon after. In April 2005, Rashidi Yekini made a short comeback, moving alongside former national teammate Mobi Oparaku to Gateway United FC.

Scoring 37 goals for Nigeria in 62 appearances, Rashidi Yekini was the national record goalscorer. He was part of the team that participated in the 1994 Wordl Cup tournament where he netted Nigeria’s first-ever goal in a World Cup, in a 3–0 win against Bulgeria. His celebration after scoring, crying while holding the goal’s net, became one of the iconic images of the tournament and the 1998 FIFA World Cup.

Rashidi Yekini also helped the Super Eagles win the 1994 Africa Cup of Nations in Tunisia where he also topped the goal charts and was named best player of the competition. He also participated at Olympic level in Seuol 1988.

Late football maestro was born in Kaduna, Kaduna State on October 23, 1963 and had three children before he died.