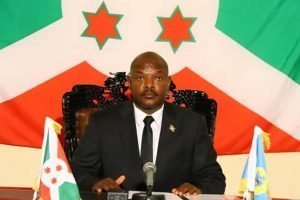 The government of Burundi has declared the British Broadcasting Corporation (BBC) persona none Grata and has taken its radio off the airwaves.

The head of the National Communication Council of the country,  Nestor Bankumukunzi, said in a statement today, Friday: “the licence to operate the British Broadcasting Corporation (BBC) Radio Station is withdrawn.”

He stressed: “it is strictly forbidden for any Burundian or foreign journalist located in the national territory of Burundi to directly or indirectly provide information that can be broadcasted by BBC Radio.”

The government said that the decision was taken in light of an investigation published by the BBC in December, which alleged Burundi’s security services were running secret torture and detention sites to silence dissent.

Bankumukunzi said that the documentary had violated the law governing the press in the country.

Voice of America (VOA) is already temporarily banned in Burundi, which rights groups accused of having a repressive government under President Pierre Nkurunziza.

See also:  It's Dangerous To Link Your NIN To Another Person's SIM, NCC Warns

Burundi has been seized by civil unrest since 2015, when Nkurunziza announced his decision to seek a third term in office despite a two-term limit.

His subsequent election victory unleashed a crisis that led to hundreds of people being killed.

In 2018 changes to the constitution were approved that allowed him to potentially remain in power until 2034; he has, however, said he’ll step down in 2020.

In 2018, the government also ordered the UN human rights office to close its bureau in the country, after it published negative reports on the situation in the country.