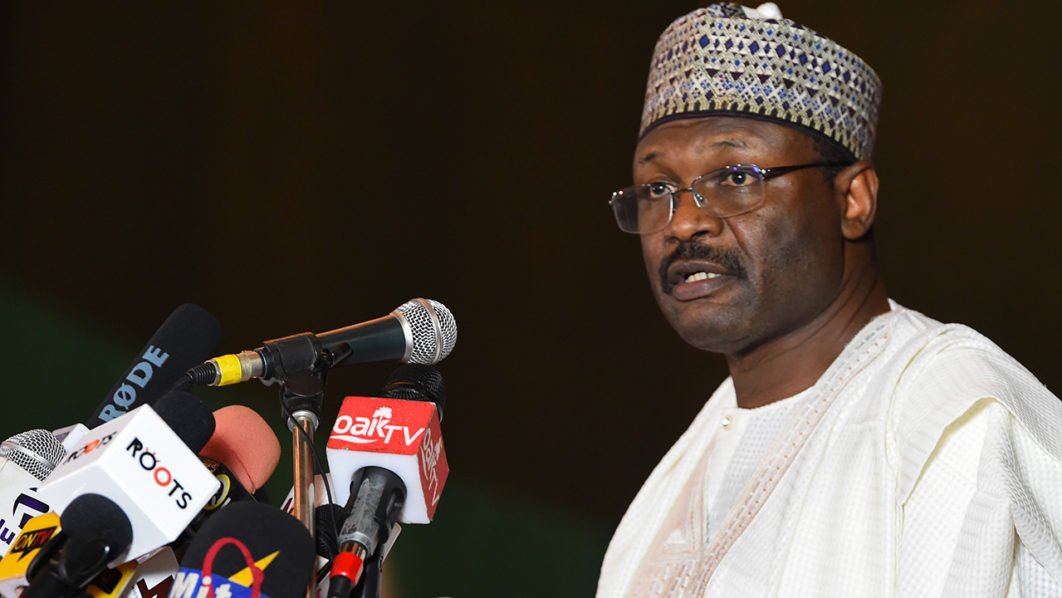 Chairman of the Independent National Electoral Commission (INEC), Professor Manhood Yakubu has expressed worry over the reported clashes among the political parties and their supporters as well as the hate speeches by presidential candidates.
“Even as the Commission is working hard to ensure a credible process in the forthcoming elections, reports of clashes among parties and their supporters in some States of the country during the ongoing electioneering campaign is worrisome.
“So too is the reported denial of access to public facilities for parties and candidates in some States of the Federation. Let me caution parties and their supporters to focus on issues and steer clear of attacks on each other. These are not only violations of the Electoral Act 2022 but also negate the voluntary commitment by all political parties and candidates to the letter and spirit of the Peace Accord signed about three weeks ago under the auspices of the National Peace Committee (NPC).”
Professor Yakubu spoke today, October 18 in Abuja, at the Training of Master Trainers (TMT) on election technology for the 2023 general election,
The INEC Boss warned that political parties, candidates and their supporters should not, by acts of commission or omission, further complicate the prevailing security situation in the country.
According to him, a peaceful electioneering campaign is critical to the conduct of peaceful and credible elections.
He promised that the Commission will continue to monitor the situation closely and will convene a meeting with leaders of political parties next week to discuss, among the other issues, the imperative of peaceful campaigns and equal access to public facilities.
“In the same vein, the Commission will also meet with the security agencies under the auspices of the Inter-Agency Consultative Committee on Election Security (ICCES) next week.
Professor Yakubu said that the training-the-trainers which the Commission had embarked upon is one of the most important training activities ahead of the 2023 General Election.
He said that over the last two years, the Commission has increased the deployment of technology in the elections in Nigeria.
“Systems and portals have been designed and developed to cater for different electoral activities ranging from voter registration and accreditation, result transmission from the polling units, the nomination of candidates by political parties to the accreditation of polling agents, observers and journalists for elections.
“Of these innovations, most Nigerians are more familiar with the Bimodal Voter Accreditation System (BVAS) which doubles as a device for accreditation as well as the upload of the Polling Unit level result sheets to the INEC Result Viewing (IReV) portal in real-time on election day.
“These innovations have increased transparency and public confidence in the electoral process. They are also part of the legal requirements for conducting elections in Nigeria.
“The combination of the BVAS and the IReV portal have come to stay as a means of voter accreditation and transmission of election results.
“From the experience of recent off-cycle elections, the Commission is convinced that a critical success factor in the deployment of technology in elections is training.
“We need to build the capacity of the staff involved not only to competently handle the devices during the accreditation process but also respond effectively to any glitches that may occur during elections.
“Our plan for the 2023 General Election is to commence the training of election officials early and for a longer period of time for optimal understanding of the processes and procedures in order to serve Nigerians better. A key component of this effort is election technology.
“Today, we begin the process with the training of master trainers to serve as Registration Area Technical Support (RATECH).
“A total of 82 officials drawn from our offices nationwide will form the nucleus of the training. Over the next three days, they will receive intensive hands-on training on the new technology. “Thereafter, they will train more officials at zonal level to cover all the 8,809 Registration Areas (or Wards). In turn, these officials will be involved in the training ad hoc staff for the 176,846 Polling Units nationwide.”
The INEC chairman called on the 82 staff involved to pay special attention to the training that they will receive at the Workshop, reminding them that their role as master trainers is critical to the success of training at subsequent levels and ultimately the successful deployment of the devices during elections.
“For this reason, the Commission will not accept laxity on your part. Much as we have confidence in your ability to understand and discharge your responsibilities to the officials you will subsequently train, there will be consequences for unethical behaviour or any act of misconduct. I wish you a successful training.”