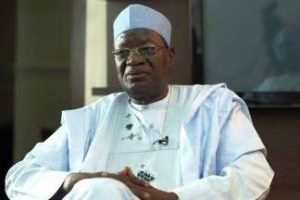 Press Secretary to Muhammadu Buhari when he was military Head of State, Malam Wada Maida is dead. He was over 70 years old.

Wada Maida, who was also Editor-In-Chief of the News Agency of Nigeria (NAN),  was until his death on August 17, Chairman of the Board of Directors of People’s Media Limited, publisher of People’s Daily newspaper in Abuja.

His death was confirmed by his family at about 10:00pm in Abuja, adding that he died after a brief illness.

A family source said that the deceased returned from Katsina earlier on Monday where he went to sympathize with one of his friends who lost his wife last week.

Until his death, Maida was the Chairman, Board of Directors of NAN and member of the Executive Board of International Press Institute.

Maida, who celebrated his 70th birthday in March, 2020, was press secretary to Buhari as military head of state.