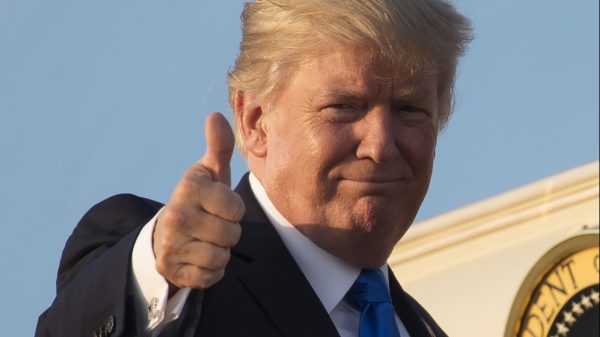 Mr. Trump in a statement on Tuesday night, although he erroneously said Nigeria “banned” Twitter because it “banned” President Muhammadu Buhari.

Nigeria suspended Twitter last Friday after it deleted a post by Buhari which threatened to deal with IPOB members “in the language they understand”.

“Congratulations to the country of Nigeria, who just banned Twitter because they banned their president,” the 45th US president said.

“More countries should ban Twitter and Facebook for not allowing free and open speech – all voices should be heard.”

He also urged competitors to “emerge and take hold” of the opportunity.

Trump said he should have banned the social media websites while he was president, but “Zuckerberg kept calling me and coming to White House for dinner telling me how great I was.”

He also made a veiled reference to his speculated 2024 presidential ambition by simply adding “2024?”

Trump was banned by Twitter for inciting statements while he was still president. He had about 60 million followers at the time.

Twitter Has Written To Nigeria Seeking For Dialogue, Minister Confirms