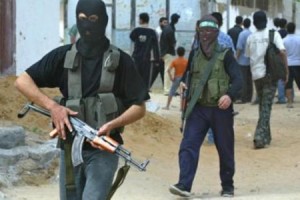 A former Vice Chairman of Kuje Area Council of the Federal Capital Territory ( FCT), Abuja, Mohammed Baba has been kidnapped along with 14 others.

The incidence happened yesterday, October 10 by about 6 pm when they were returning from a village called Kabi Mangoro where they had gone to congratulate the new education secretary of the Area Council, Yunusa Zakari.

Others who were kidnapped with him by unidentified gunmen area the Council tnsport Officer, SA Media, HOD Food Services and some council legislative members.

The kidnappers were said to have hijacked their bus and seized all occupants at gunpoint.
A source said: “the staff went to congratulate the new Executive Secretary and on their way back the kidnappers hijacked the bus and took all of them into the bush.”

Spokesperson for the FCT Police Command, Maltida Mari, confirmed the incident and said that they were making efforts to rescue the victims.
Recall that 12 persons were on September 10, 2020 abducted at Tungan Maje, a community on the outskirts of nation’s capital, after gunmen invaded the place.