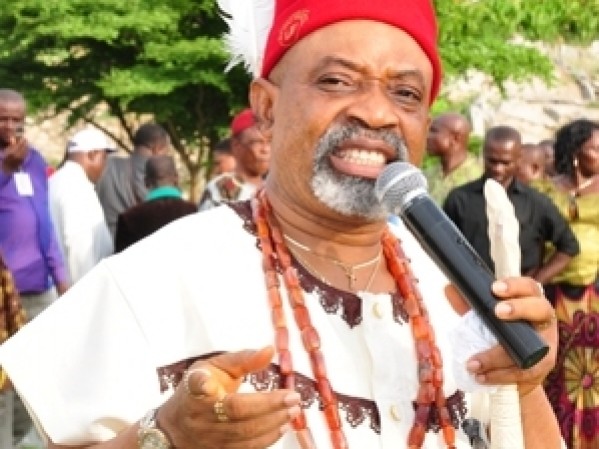 The Federal Government has dealt a mighty blow on the embattled Academic Staff Union of Universities (ASUU) by giving official recognition to splinter groups; the Congress of University Academics (CONUA) and the National Association of Medical and Dental Academics (NAMDA).

The new university-based academic unions were presented with certificates of registration yesterday, October 4, at the Conference Room of the Ministry of Labour and Employment.

The Minister of Labour and Employment, Senator Chris Ngige, who announced this in his office in Abuja, said the two unions would operate along with ASUU, whose members have been on strike, abandoning classrooms in the last more than seven months.

Reacting to the development, the National Coordinator of the Congress of University Academics, CONUA, Dr. Niyi Sunmonu, described the registration of the body as historic.

Sunmonu in a statement said: “The registration of the Congress of University Academics, CONUA, as a trade union in the Nigerian university system is monumentally historic.

“The hurdles we have faced to get here, since 2018 when we submitted our application for registration, have been seemingly insurmountable. The registration is, therefore, the validation of the power of the human will. It asserts the value of courage, initiative, focus, tenacity, patience, forbearance and persistent positive thinking.

“We are immensely grateful to the Minister of Labour and Employment, Dr Chris Ngige, and his team of diligent staff for insisting on merit, due process and thoroughness all through the processing of our application for the registration of CONUA. “The very strict and dispassionate review of our application brought out the best in the membership of the union.

“We regard the registration of CONUA as a sacred trust and pledge to reciprocate by devoting ourselves unceasingly to the advancement of university education in this country. We will make the details of our programmes available to the public in due course.
“For now, we are giving the assurance that we will work to ensure that the nation is not traumatised again by academic unions’ dislocations in the country’s public universities.

“We are also deeply grateful to the numerous personalities and well-wishers whose good counsel and concrete actions have facilitated the success we have witnessed today. We believe in the saying that to whom much is given, much is expected. We will, therefore, constantly strive to make them all proud of CONUA.

“In this journey, the invaluable role of the media cannot be discounted. We are truly grateful to the media and look forward to furthering mutually beneficial interactions as we strive for the development of this nation. Above all, we are absolutely grateful to Almighty God for granting us this grace.”

It will be recalled that public universities in the country have been shut down since February,14, as ASUU proceeded on a one-month warning strike, which later snowballed into an indefinite strike.

In 2016, the Obafemi Awolowo University, OAU, Ile-Ife chapter of ASUU was enmeshed in a crisis and as usual, leaders and members of the union took the matter to the national leadership for resolution.
However, instead of the crisis being resolved, some of the members felt the national leadership took sides with the leaders of the local chapter that they had grouse with.
The issues dragged till 2018 and when the aggrieved members waited endlessly for a solution that did not come, they formed CONUA.
Since it was formed, it struggled to get registered until that was done yesterday.
The body now has members in 12 universities across the country, including OAU, Federal University, Lokoja, Ambrose Alli University, Ekpoma, Edo State, Federal University, and Oye-Ekiti in Ekiti State, among others.
The incessant face-off between ASUU and the government no doubt hastened the registration of CONUA.