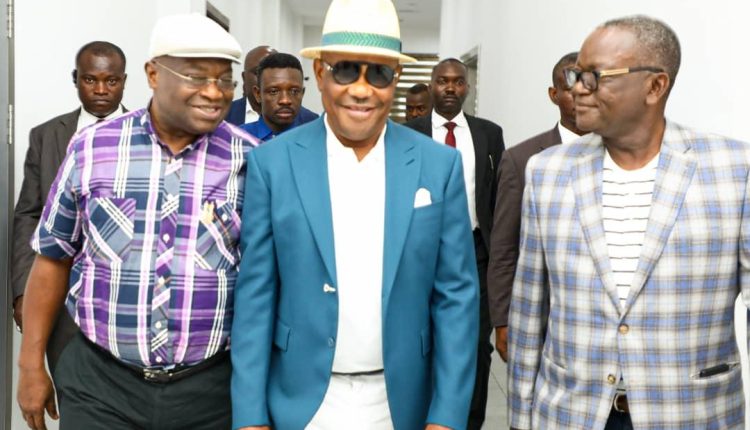 London, not Nigeria, is now a centre for the feuding chieftains of the main opposition Peoples Democratic Party (PDP) to hold meetings.

The Rivers State Governor, Nyesom Wike, his Benue and Oyo State counterparts, Samuel Ortom and Seyi Makinde have again, flown to London, United Kingdom for further meeting on the crisis rocking the party.

It was learnt that Makinde, who has been on his annual vacation since the last meeting, was first joined by Wike, while Ortom who was on his way to the United States of America, made a stopover for the meeting.

Although details of their meeting yesterday have not been made public, but it was gathered that it had to do with charting a way out of the crisis.

It was gathered that the All Progressives Congress, APC presidential candidate, Bola Tinubu may join the PDP governors in the United Kingdom to conclude the previous meeting.

Moves so far, to reconcile Governor Wike and the PDP Presidential candidate, Atiku Abubakar, whose relationship hit the rocks after the PDP primary election has continued to prove difficult.