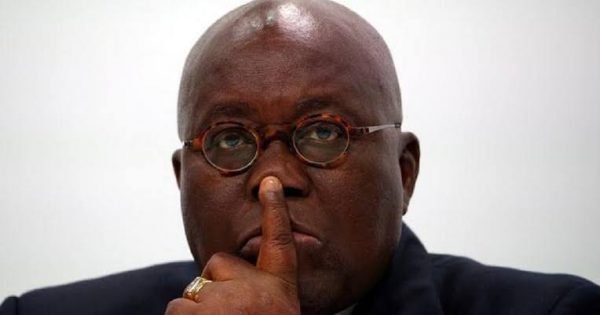 Security Agencies in Ghana were said to have foiled an attempted Coup Plot against the Ghanaian President, Nana Afuko-Addo who was elected in 2016, and will be seeking a second term next year
In a statement posted on Twitter, Ghana’s government said that the plot that was targeting the presidency had “the ultimate aim of destabilizing the country.”

The government statement said that it had arrested the group’s leaders, identified as Frederick Yao Mac-Palm, Ezor Kafui and Bright Allan Debrah Ofosu.

The government claimed that the group was plotting with serving military officials procure weapons, take over key installations and secure funding, with an aim of taking over the government.

During the seizure, government said that it was able to recover a stash of weapons, including six pistols, three smoke grenades, 22 IEDs, two AK47 magazines computer equipment and one long knife.

The statement added that the government had monitored activities of the plotters for 15 months, culminating in the arrest of three plotters and seizure of weapons last week Friday.

According to the Ghanaian government, a group known as Take Action Ghana (TAG), was working to recruit and radicalize a base of young people against the political authorities, under the guise of “nation-building.”