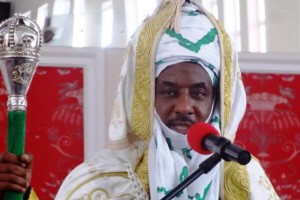 Governor Abdullahi Umar Ganduje has dethroned the Emir of Kano, Malam Muhammadu Sanusi ll over what he called disrespect to the office of the governor and other government agencies.

The Secretary to the State Government, Alhaji Usman Alhaji, who announced the dethronement on behalf of the governor, said the removal was with immediate effect.

He said that the emir’s action violated the part 3 section A-E of Kano state law, hence the removal.

He said the removal was in line with consultation with relevant stakeholders. He said a new emir would be announced in due course.

He urged Kano people to remain calm and go about their normal businesses.