Home NEWS How Okorocha, Other Past Governors Messed Up Imo’s  Core Values – Gov... 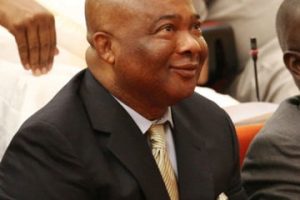 Governor Hope Uzodinma has painted a picture of how the past governors, including Rochas Okorocha, have messed up the core values of Imo State and instituted the culture of lawlessness and neo-feudalism.
Governor Uzodinma,in his maiden radio and television broadcast to the people of the State today, January 21, said:”we have witnessed, over ten years now, a slow, steady but devastating loss of the core values that had defined our dear, adorable Imo State. In place of those cherished ideals, an insipid culture of lawlessness and neo-feudalism had crept into the body fabric of our state.”
He said that his vision of a new Imo State is predicated on freedom, security, and shared prosperity welded into good governance, adding that the evidence on ground indicates that  Imo State requires fundamental reform to forge a new trajectory. 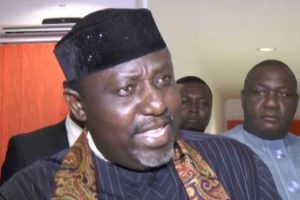 “The time is now to take action and free our state and her people from the strangle hold of the false religion of executive lawlessness, exclusive governance and total disregard to due process. I challenge every Imo man, woman, youth and child to hold us by the same standards and the same scales by which we judge past administrations.
“The New Imo State offers a new paradigm to redress the ripples of those years of maladministration, inexperience and outright inefficiency in public administration. The New Imo State will prove to our good people that government is not instituted to deride the people, but instead to protect citizens’ fundamental rights.  Our New Imo State will restore financial discipline, entrench due process and conduct government business in the most transparent fashion. The New Imo State incorporates a new development trajectory that will harness the critical role of Local Government Councils in downstream value chain creation.
“In line with the provisions of the Constitution, we shall urgently restore the autonomy and integrity of Local Government Administration. Thank God therefore, for the objective effort of the administration of President Mohammadu Buhari in uncoupling the local government finances from the meddlesome interests of state officials.  The dynamic LG System of our New Imo State will guarantee the steady trickle down of democracy dividends to the atomized hamlets and clans of our rural communities. To actualize this, credible Local government elections will be held soon.
“Our New Imo State will enshrine a new culture of shared prosperity in which the common wealth of the people is made available for the good of all. Above all, it is a new Imo State that will ensure good governance, prosperity, rule of law and equity. The Mission cuts across party line, religious leaning and intra ethnic divides. From now on it will no longer be governance as usual, but governance of the people, by the people and for the people, without discrimination against anyone.
“In practical terms therefore, the trajectory of development in the New Imo State of our vision is anchored on a “3-R” super structure of Rehabilitation, Reconstruction and Recovery of key economic and political institutions that all of us will be proud of. In this wise, the New Imo State envisions the overhaul of State Civil Service and relevant institutions of the Bureaucracy for optimal efficiency and Service delivery- involving prompt payment of salaries, pensions and other statutory obligations to spur officers to greater productivity.”