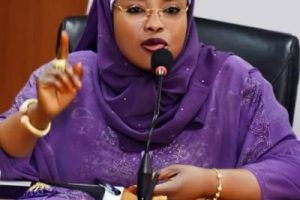 None indigenes living in Chibiri, suburb of Kuje in the Federal Capital Territory (FCT), Abuja, are complaining loudly, that they are being excluded from benefiting from the lockdown palliatives which kind spirited private companies and individuals have been giving to the community.

Information available to us at Greenbarge Reporters said that Premium Poultry Farms, a thriving private concern in the neigbourhood, recently gave out 450 crates of eggs for distribution amongst the residents of the community, but that the “indigenes” handed out only five crates to both Yoruba and Igbo communities in the area and shared the remaining 400 amongst themselves.it was gathered that the “indigenes” who got between three and four crates each, turned round to sell each crate at between N350 and N450 to the same none indigenes.

It was learnt that the same “indigenes shared amongst themselves, some cartons of indomie and cash given by the former Nigeria minister of Agriculture, Chief Audu Ogbe, who has a farm in the community, with none of the none indigenes getting anything.

One of the aggrieved none indigenes, a Pastor, Mr. Fayigba said that it is unfair for the so-called indigenes to continue to corner the palliatives that are meant for all needy and vulnerable ones in the community.

“I’m not talking about myself, but hundreds of none indigenes that are currently reeling in abject poverty for no fault of theirs. I know how many of such people come to me everyday to beg me to give them garri to take with their families.

“Are the indigenes the only ones affected by the economic effect of the lockdown?” Pastor Fayigba, who is also the leader of Yoruba community in the area asked.

Other none indigenes, Malam Hamid and Malam Nasiru also complained that they have never benefited from all the palliatives which private companies and individuals have so far given to the people in the community.

These complains are coming just as two trailer load of rice arrived today, April 23 in Chibiri, from the FCT Administration, for distribution to the vulnerable and needy as part of the palliative measures against the lockdown policy of the government.

However, our reporter, who monitored the situation reported that the trailers, which arrived at the premises of LEA primary school at about 2pm, were later driven away to unknown location at about 7pm without offloading a single bag of rice to any of the many people that thronged the premises.