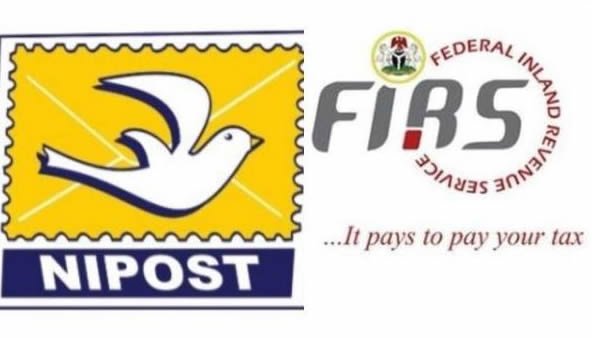 Two Nigeria’s Federal Government parastatals, the Federal Inland Revenue Service (FIRS) and the Nigerian Postal Services (NIPOST) are at each other’s throats over the the control of stamp duties.
While the FIRS said in a recent circular that it had opened a portal for automated stamp duty collection where all citizens, government agencies, institutions, and private organisations should log into and pay stamp duties, NIPOST chairman, Maimuna Abubakar tweeted to say that the FIRS’ claim on stamp duties was illegal.
Maimuna tweeted: “NIPOST are the sole custodians of national stamps, another agency printing and selling stamps is against the law of the land.”
But FIRS spokesman, Dr. Abdullahi Ahmad fired back by saying that the agency had not violated any law by collecting stamp duty.
According to Abdullahi, there is a difference between stamp duty and postage stamp.
“We appreciate the general public for demonstrating deep knowledge of the difference between Stamp Duty and Postage Stamp. It is unfortunate that Mrs. Maimuna Abubakar, Chairperson of the NIPOST Board is yet to understand this.”
The FIRS Chief spokesman described Maimuna’s tweet as indecorous, which he said would not have deserved any response but for the sensitive nature of the issue at stake, which if not sensibly treated and promptly corrected would likely mislead the public.
“To be sure, NIPOST is a government parastatal established by Decree 41 of 1992 with the function to develop, promote, and provide adequate and efficiently co-ordinated postal services at reasonable rates.
“This function is clearly contrary to the claim by NIPOST over the administration of stamp duties in Nigeria. On the other hand, the FIRS is the sole agency of got charged with the responsibility of assessing, collecting, and accounting for all tax types including Stamp Duties.
“It is therefore shocking to us that such a privileged young lady who happened to be appointed to high office would throw all caution to the air to cast aspersions on reputable public institutions like the National Assembly and FIRS, which she accused of stealing NIPOST idea.”
Dr. Abdullahi said that the FIRS is determined to get back all funds collected by NIPOST into its “illegally operated Stamp Duties Account.”