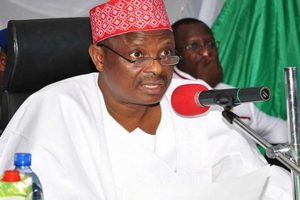 Kwankwaso, who spoke to newsmen at his residence, called on the Independent National Electoral Commission (INEC) to conduct fresh rerun elections in the state.

According to him, the election was marred with violence and rigging.
“It is very sad that elections could not hold today because, by yesterday evening, all the polling units in the rerun areas were overtaken by thugs. Very early morning today elections were concluded in many polling centres.

“There are very few places where elections took place especially here in the city but there was no election in the overwhelming places because they were overtaken by thugs. People were going around with ballot papers and result sheets, writing what they wanted and submitted them to the INEC officials.

“Our prayer is that this election should be cancelled and re-scheduled so that we can have better, free and fair elections in Kano. I don’t think by all standards, the elections here in Kano can hold water. It is unacceptable and I don’t think INEC can go ahead to count because there is nothing to count.”