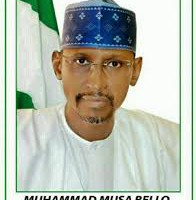 Kuje Area Council in the Federal Capital Territory (FCT), is set to implement and enforce property tax, known as tenement rate any moment from now.
Speaking today, August 12 at a stakeholders meeting he called to announce the move, the Council chairman, Abdullahi Suleiman Sabo said that enforcement of the tenement rate had become necessary to generate enough internal revenue to develop the area.
He said that the money coming monthly to the Council from the Federation Account had been so meagre that it is not enough to even pay the staff salary.
The chairman explained that in February this year, allocation to the Council from the Federation Account was N90. 8 Million whereas the wage bill for the worker in the same month was N95. 6 Million.
Abdullahi Sabo said that in March this year, allocation from the Federation Account was N49. 9 Million, whereas the salary bill was N95. 5 Million and in April, N83. 9 Million came in while salary wage came to N97. 1 Million, adding that the trend continued to be the same in subsequent months.
He said that despite the sorry state of the revenue accruing to the Council, including a total Internally Generated Revenue of about N36. 5 Million, the Council had been able to execute many road rehabilitation projects amounting to over N300 Million.
Abdullahi Sabo said that the Council will rely on paragraph 1, sub sections A, tenement rate schedule of the 1999 constitution of the Federal Republic of Nigeria and the Council by-law to introduce and enforce the tenement rate.
The Council chairman assured residents that he would properly utilize tax from the tenement rate for the development of infrastructures and provide welfare for the residents.
However, when one of the stakeholders drew the Council Chairman’s attention to an existing Appeal court judgement against the implementation and enforcement of tenement rate, in a case between Abuja Municipal Area Council (GMAC) and Planned Shelter Limited, 2018, he insisted that constitution provisions supersedes court judgement.
At the stakeholders meeting, which was attended by amongst others, the Gomo (Chief) of Kuje, Alhaji Jibrin Tanko, the Divisional Police Officer (DPO), the Accountant General of the FCT, Hajiya Kudirat Abdulhamid delivered a lecture on the importance and advantages of the tenement rate to the Council and the residents.