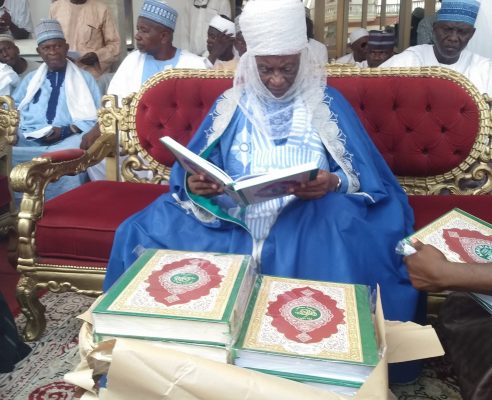 The Ohinoyi of Ebira land in Kogi state, Dr. Ado Ibrahim has unveiled the source of his power, at the public presentation, in his Azad Palace, Okene in Kogi State, of the Holy Qur’an that has been translated into Ebira language.
Speaking frankly before he personally presented a copy of the translated Qur’an today, April 25, the first class monarch, brought out an ancient Qur’an which he said was given to him by his father, late Atta of Ebira land, Ibrahim Onoruoyiza.
Holding the Qur’an aloft before prominent personalities, including Islamic scholars, traditional rulers and government representatives, the Ohinoyi said: “this is the source of my power.”
He dismissed as untrue, insinuations peddled that all those who contested the stool of Ohinoyiship with him had died, implying that he used supernatural power to kill them.
Dr. Ado Ibrahim, who donated one million naira at the public presentation, said that his grandfather and grandmother bequeathed Islam and Qur’an to him to which he has remained committed come what may.

He promised that he too would hand over the same thing to whoever he chose before he dies.
Dr. Ado Ibrahim advised his subjects to submit fully to the will of God and to acquire Islamic knowledge for them to be able to do so.
This was even as the keynote speaker, Professor Adam Ahmed Okene of the Nigerian Defence Academy (NDA) and chairman of the occasion, Professor Ahmed Rufa’i Mohammed, formerly of Bayero University Kano (BUK), traced the coming of Islam to Ebira land to Atta Onoruoyiza and the great Iyebe.
They considered it appropriate that the first translated Qur’an was being publicly presented in the palace of their son, Ohinoyi Ado Ibrahim.
The Professors called on the people of the area to embrace Islam in its totality, instead of mixing it with culture and tradition.

See also:  I Won’t Retire From Politics Until I Become President Of Nigeria, Tinubu Vows 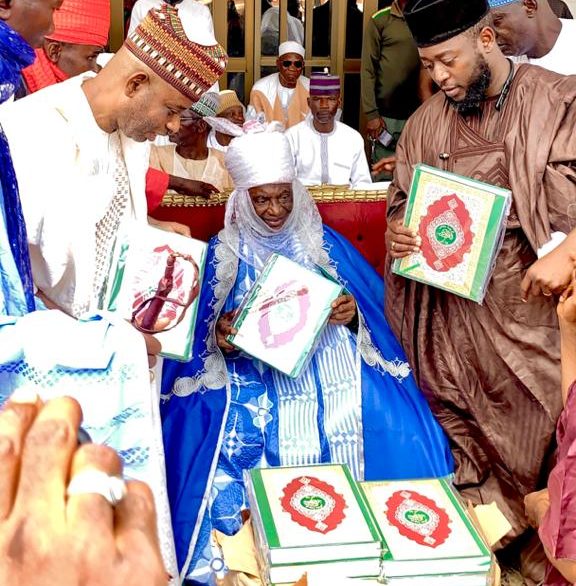 Chairman of the Committee for the translation of the Qur’an into Ebira language, Alhaji Abdulganiyu Ahmed told the audience that work on the project began about 15 years ago by the authors and those who edited it.
He acknowledged the pioneering roles played by the Committee’s first chairman, late Alhaji Isa Ovurevu Ademoh.
He said that apart from the translated Qur’an in Ebira language, the committee is working on the development of a special applications for use in social media platform, amongst others.
A traditional title holder, the Talba of Ebira and renowned business man, Alhaji Hamza Usman, also donated one million naira. 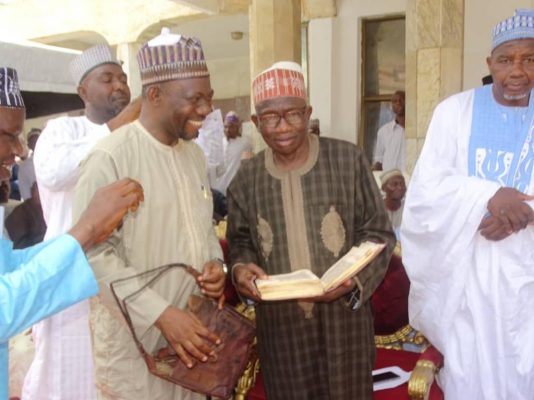