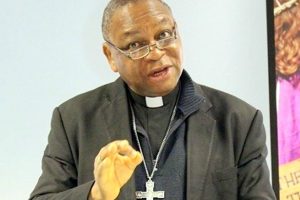 John Cardinal Onaiyekan has formally bowed out as the Catholic Archbishop of Abuja after 25 years in service.
It is on record that Pope Francis had recently accepted the retirement of Cardinal Onaiyekan, who clocked the retirement age of 75 on January 29, 2019.
Onaiyekan assured Nigerians that he wouldn’t retire from speaking against all forms of oppression in the country, until social justice is achieved for all citizens.
Onaiyekan, who formally retired from his role as the episcopal leader of the Catholic Church in FCT, Kogi, Nasarawa, and Benue States, after 25 years, urged political leaders to prioritise social justice.
He said that government must achieve equity, if the nation must make progress.