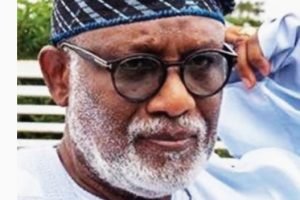 The Independent National Electoral Commission (INEC) has declared Governor Rotimi Akeredolu as the winner of the 2020 Ondo State Governorship Election for a second term of four years.

INEC Returning Officer for the election, Professor Idowu Olayinka at the INEC Headquarters in Akure, the state capital, today, October 11, declared Akeredolu, the candidate of All Progressives Congress  (APC) winner after polling a total votes of292,830 ahead of the candidate of the Peoples Democratic Party (PDP), Eyitayo Jegede who polled 195,791.

Agboola Ajayi of the Zenith Labour Party (ZLP) was in a distant third having scored 69,127 votes.