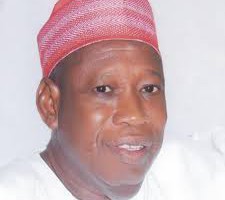 Concerns are being raised in many quarters as prominent personalities died mysteriously today, April 25.
Among those who died with no trace of the causes, amidst the raging coronavirus across the world is Professor Ibrahim Ayagi, chairman of the defunct Gidauniyya Kano and Chief Executive Officer of Hassan Gwarzo School.
Others are former State Grand Khadi, Alhaji Dahiru Rabiu, Professor Aliyu Umar Dikko of the Physiology Department of Bayero University Kano, Dr. Nasiru Maikano Bichi and Captain Abdullahi Gyadigyadi of Ja’oji quarters.
There were also the Editor of Triumph newspaper, Alhaji Musa Tijjanii, as well as Dr. Musa Umar Gwarzo, former chairman of the State Universal Education Board, Alhaji Adamu Isyaku Dal, Hajiya Shamsiyya Mustapha and Alhaji Salisu Lado.
Others are Alhaji Garba Sarki Fagge, Hajiya Nene Umma and Alhaji Idi Mai Lemo Sheka.
Except Professor Ibrahim Ayagi who was said to have died after a protracted illness, the causes of the deaths of others are still shrouded in mystery.
Also early in the week, over 140 people were reported to have died in Kano city with the causes not identified.
It would be recalled that the index of coronavirus, whose case was confirmed barely three weeks ago, had died even as confirmed cases of the virus contained to grow rapidly.