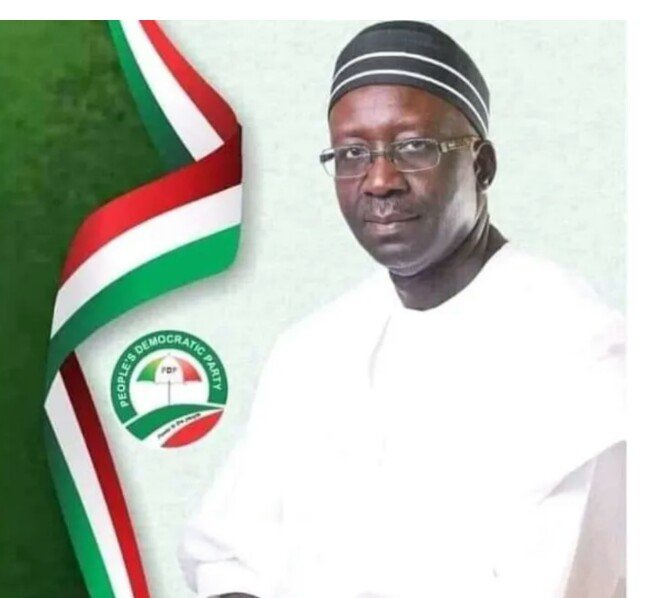 The National Chairman of the main opposition Peoples Democratic Party (PDP), Senator Iyorchia Ayu smiled home today, September 8, against the agitators, led by Governor Nyeson Wike of River State, for him to resign towards settling the rift in the party.
The National Executive Committee (NEC) of the party, at a make-or-mar meeting in Abuja, along with members of the party’s Board of Trustees, passed a vote of confidence in Senator Ayu, a clear sign of the support for him to go on as chairman of the party.
A motion for the vote of confidence in the PDP’s National Working Committee (NWC), led by Dr. Ayu was moved by the Minority Leader of the House of Representatives, Ndudi Elumelu at the meeting.
The vote was supported by a NEC member from Kwara State at the meeting that was presided over by the acting chairman of the PDP BoT, Adolphus Wabara.
This is coming against the background of calls by the southern caucus of the PDP for Ayu to step down for a southerner.
With the vote of confidence, it is almost certain that Ayu will not be vacating the seat as he had insisted before the meeting that he would not resign before his tenure is over.
In reaction to the development, the presidential candidate of the PDP, Atiku Abubakar, said that the party is determined to resolve its disagreements.
According to him, such disagreements that have continued to disrupt the party’s progression in recent times, are normal in a family.
Atiku, who is former vice-president of Nigeria, said that the PDP is the oldest party in Nigeria and had stood the test of time.
He said that the PDP had a constitution that “guides the conduct of members and the party’s activities,” and that all disagreements must be resolved in tandem with the party’s rules and regulations.