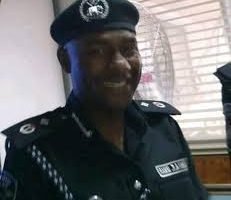 Police have confirmed the death of the Deputy Commissioner of Police in charge of Operations, FCT Command, DCP Usman A.K Umar, who was alleged to have been shot by members of the Islamic Movement of Nigeria (IMN), otherwise known as Shiites, in a violent demonstration today, July 22, in the Federal Capital Territory Abuja.

The Force, in a statement by its spokesman, Frank Mba, confirmed also that two Assistant Superintendents of Police (ASP) and a Staff of Channels Television sustained serious injuries and are currently receiving treatment.

The statement said that the Deputy Commissioner of Police was shot by Shiite members and was rushed to a hospital where he died. 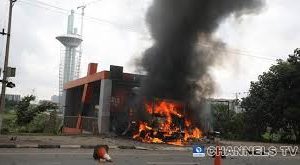 The police announced the arrest of 54 suspects in connection with the incidents, adding that they are undergoing interrogation and will be arraigned in court as soon as possible.

See also:  Attacks On EndSARS Protesters: Count Us Out – Dept Of State Security

The statement said that the violent protest by members of the El-Zazakky group was carried out by over 3,000 his followers at about 12:30pm within the Central Business District of Abuja.

It said that the Inspector General of Police (IGP), Mohammed Adamu has issued a starn warning to the Shiites to stop the incessant violent demonstrations, saying: “enough is enough, as the Force and the nation at large will not continue to suffer losses on account of reckless and lawless persons and groups in the society.”

The police boss sympathized with the family of the late DCP, even as he condemned the incident.