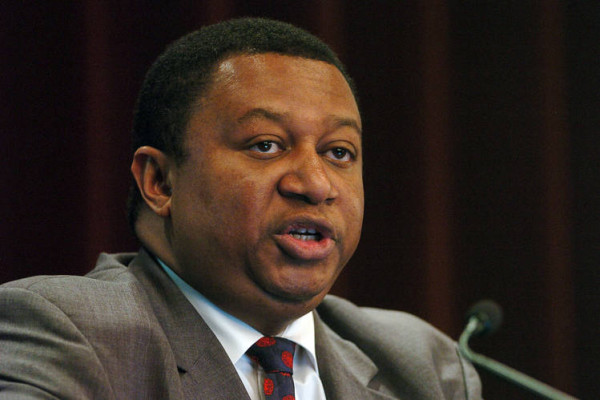 Minister of State for Petroleum Resources, Timipre Sylva has hinted that the Presidency had planned to organize a welcome back gig for the retiring Secretary General of the Organization of Petroleum Countries (OPEC), Mohammed Sanusi Barkindo when he died last night, July 5.

The minister, who spoke to news men today, July 6, shortly after the meeting of the Federal Executive Council (FEC) at the Presidential villa, described his death as “quite sad.”

“Mr. President received him in audience and directed that we give him a very benefiting welcome home. We were really trying to roll out the drums for him according to Mr. President’s directive, and unfortunately, this sad event happened last night.”

He said that Barkindo was a dear friend who really served this country, both in Nigeria and internationally meritoriously.

“Barkindo has contributed a lot. He was GMD of NNPC, as you know, and he helped to stabilize the oil industry. He is a very, very towering figure in the oil industry. And from there, he proceeded to become Secretary General and represented Nigeria very effectively, and served meritoriously for the full two terms, and was coming home, of course, and was here to be received.”

The minister said that he and the deceased were at the Nigerian oil and gas conference yesterday where he made a very brilliant speech as was characteristic of him.

“To hear that by this morning, he was already gone, it’s very sad news for all of us.

“My heart goes to his family and to all of us and to Nigerians for this very great loss.

Meanwhile, President has expressed deep sadness over the death of Barkindo, describing him as remarkable gentleman and enormous national asset, who from his youthful days worked meritoriously in the service of the nation in various national and international capacities, and never stopped being a beacon of light to the country he loved until his last breath.

In a statement today by his Media Adviser, Femi Adesina, the President said that Barkindo’s undeniable brilliance and legacies as a dedicated public servant will remain a reference point in the oil and gas industry, international development and the environment sector.

He recalled that his profound decency and mien greatly endeared him to Nigerians and other nationals who came in direct contact with him as a young Principal Administrative Officer with the Nigeria Mining Corporation; Special Assistant to the Minister of Mines, Power and Steel as well as Minister of Petroleum Resources; and later in his 24 years of service in the Nigerian National Petroleum Corporation; Nigerian Delegate to OPEC Ministerial Conferences; Nigeria’s Governor for OPEC; and leader of Nigeria’s technical delegations to the climate change negotiations since inception in 1991 that produced the United Nations Framework Convention on Climate Change (UNFCCC) and the Kyoto Protocol to the UNFCCC.

The President hailed Barkindo’s leadership at OPEC, including during very turbulent times in 2016 and 2020, noting that the Declaration of Cooperation birthed under his watch helped strengthen and consolidate OPEC/non-OPEC cooperation and dialogue.

While conveying his deepest condolences to Barkindo family, colleagues at OPEC, as well as the government and people of Adamawa State, President Buhari also prayed God almighty to grant repose to the soul of the departed and comfort to all who mourn.