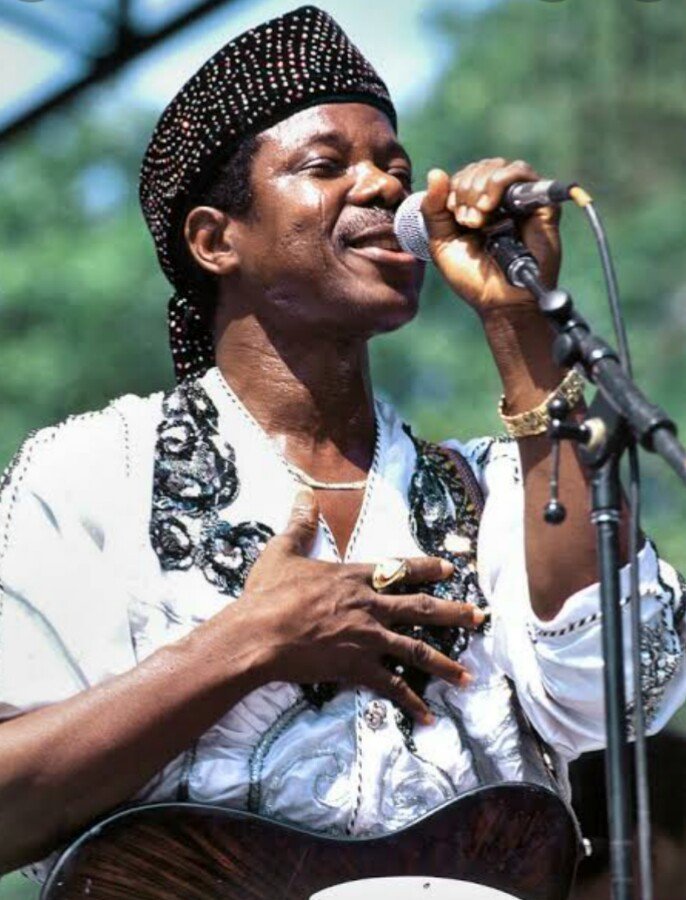 President Muhammadu Buhari has ordered talking drums to be deployed for the celebration of juju music maestro and multi-instrumentalist, Chief Sunday Adeniyi Adegeye, better known as King Sunny Ade, who turns 76 on Thursday, September 22.
A statement by Femi Adesina, special adviser to the President on media and publicity, said the President described Sunny Ade as an internationally renowned artiste, who is the first Nigerian to be nominated for Grammy in the 80’s.
The President recalled that the maestro played a significant role in the huge success of the country’s music industry, with influence across genres, including Hollywood, “where his songs were featured in many movies.”
The President savoured the height which “the talented guitarist” has attained at 76, saying that he is a gifted songwriter, producer and visiting professor of music at the Obafemi Awolowo University in Ile-Ife.
He thanked King Sunny Ade for taking Nigeria’s local beats to the world, exporting the rich culture and placing instruments like the “talking drum’’ on global spotlight for research and adaption.”
President Buhari said that the recognitions and awards received by the multi-talented entertainer over the years, including the national award, MFR, are well deserved, praying for his good health, strength and grace of more creativity.