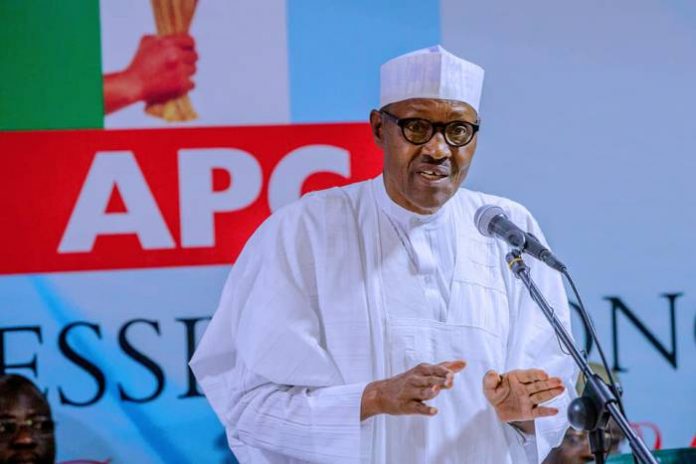 President Muhammadu Buhari has revealed the secret which the ruling All Progressives Congress (APC) can adopt to win the 2023 elections at all levels.
The President, who received in audience,
the Katsina State Governorship candidate of the APC, Dr. Dikko Radda and his running mate, Faruk Lawal Jobe, at his residence in Daura, Katsina State, advised party members to unite and cooperate with one another.
According to Buhari, unity amongst members is “a prerequisite for victory in the coming elections.”
President Buhari said party leaders need “to sit together,” to avoid divisions and ensure unity in order to avoid defeat at elections.
He acknowledged receiving frequent reports on the ongoing campaigns in Katsina State, adding that so much hard work is being put into the exercise.
The President reiterated his determination to allow the reign of free, fair and credible elections in the country and that the outcomes in Anambra, Ekiti and Osun were testimonies of that resolution on his part.
He expressed the feeling of honour by the visit of the governorship candidate.
He wished the party a very good outcome in the electoral contests.
Meanwhile, President Buhari willbdepart for Washington, USA tomorrow, December 11, to join other African leaders at the United States-Africa Leaders Summit.
A statement by the Senior Special Assistant to the President on media and publicity, Malam Garba Shehu said that the High Level Meeting will hold between 23 and 15 December at the instance of the United States President, Joe Biden. President Biden looks forward to working with African governments, civil society, diaspora communities across the United States, and the private sector to continue strengthening the shared vision for the future of US-Africa relations.
“The event is expected to demonstrate the United States’ enduring commitment to Africa, and underscore the importance of US-Africa relations and increased cooperation on shared global priorities.
“The Summit further seeks more pragmatic ways to: foster new economic engagement; advance peace, security, and good governance; reinforce commitment to democracy, human rights, and civil society; work collaboratively to strengthen regional and global health security; promote food security; respond to the climate crisis; amplify diaspora ties; and promote education and youth leadership.
“On the first day, President Buhari will speak on the topic: Conservation, Climate Adaptation and a Just Energy Transition, dwelling directly on the ”Just Energy Transition” component. He will also address some of the other sub-themes of the Summit as well as participate in the US-Africa Business Forum (USABF) hosted by the US Department of Commerce which focuses on increased trade and investment between the United States and African nations.
“On the sidelines of the Summit, the Corporate Council of Africa will host the Nigerian delegation to a US-Nigeria Business and Investment Forum Business Roundtable during which Nigerian organisations and businesses are expected to sign agreements with their American counterparts.
“President Buhari, who will be accompanied on the trip by Governors Bala Mohammed and AbdulRahman AbdulRazaq of Bauchi and Kwara States respectively, some Ministers and other top government officials, is expected back in the country on Sunday, December 18.”