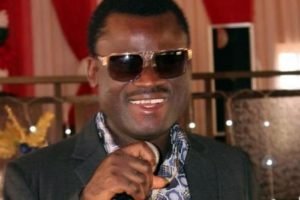 The General Overseer of the Hour of Mercy Prayer Ministry Worldwide (Alaseyori), Prophet Muyideen Kasali, has consoled the Presidential candidate of the opposition Peoples Democratic Party (PDP), Atiku Abubakar over the loss of the February 23 Presidential election even as he advised him to contest the same election at other time in future.

Pastor Kasali explained that the fact that Atiku did not win the 2019 presidential election did not mean he could not win election for the exalted office in future.

A statement today, Sunday, from the Head of Edidi Children School Foundation and wife of the General Overseer, Mrs. Oredolapo Awosika-Kasali in Ado Ekiti, Ekiti State capital, said the cleric gave the admonition during the February edition of Hour of Mercy programme which rounded off a 27-day prayer and fasting to mark Kasali’s birthday celebration at the headquarters in Ibadan.

The cleric stated: “there is no loser in an election, but a learner. Atiku can still rule Nigeria in no distant future. God sparing our lives, 2023 will soon be here; he can contest again.

“It is not about age, but what he has to offer. He should join hands with President Muhammadu Buhari to make Nigeria great again and get her out of her numerous challenges.”

He called on President Buhari and other stakeholders in the electoral process to ensure free, fair, transparent and credible governorship and House of Assembly elections next Saturday, March 9.