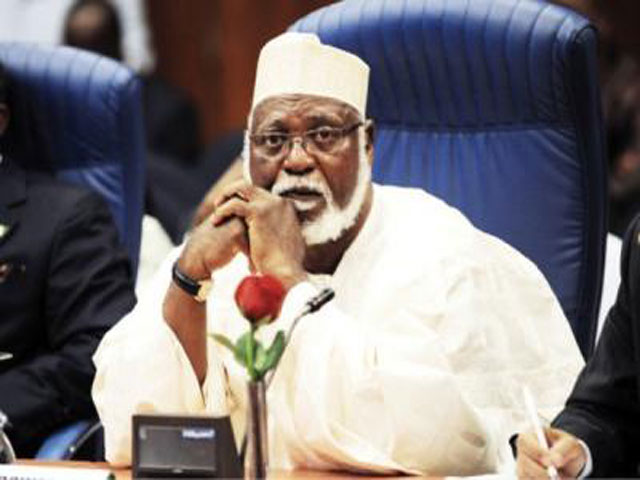 The National Peace Commission (NPC) has called on the Presidential candidate of the All Progressives Congess (APC), Asiwaju Bola Tinubu, that of the main opposition Peoples Democratic Party (PDP), Atiku Abubakar and others to stop the open insults and verbal attacks they have launched on themselves in the ongoing campaigns for the February elections.

The NPC, yesterday January 20, returned the presidential candidates and their political parties to another round-table peace talk during which they were made to sign a fresh commitment to the peace pact they earlier signed ahead of the polls.

The co-chairman of the peace committee and former head of state, General Abdulsalami Abubakar, at the round-table talk, advised the presidential candidates to stop overheating the polity and causing tension in the country.

General Abdulsalami expressed concern that Nigerians are disturbed over the likely outcome of the forthcoming 2023 general elections due to their fear that the polls might be inconclusive and marred by violence.

He urged the candidates to stick to issues-based campaigns and refrain from mudslinging and other inciting comments that heat up the polity.

The warning from the former head of state came amid the lingering backlash and lash back among presidential candidates, particularly the flagbearer of the All Progressives Congress (APC), Bola Ahmed Tinubu, and his Peoples Democratic Party (PDP) counterpart, Atiku Abubakar.

The two presidential hopefuls have been at loggerheads since the commencement of the campaigns for the 2023 polls, attacking themselves with incisive vituperations in the ongoing credibility battle.

At the meeting with the candidates and national chairmen of their parties, Abdulsalami said Nigerians must be free to be able to elect the leaders of their choice.

“Our intention is to hear from the presidential aspirants themselves and see how we can rally all our people to ensure that all citizens are able to elect the leaders of their choice.

“You may also recall that we placed advertisements in all major newspapers and the social media calling on all presidential candidates to be mindful of the concerns of Nigerians, on such issues are the need to use temperate language, avoid raising the tone of violence and to conduct themselves in a manner that does not undermine the electoral process.”

General Abdulsalami said that the meeting was to listen to the accusations and counter accusations.

“We are not here to trade blame but to raise issues and concerns so that the forum can explore the best means of resolving the concerns.

“I appeal to you all to be moderate in your language, show respect to the views and concerns of one another and listen to the concerns expressed. We are not here to find out who is wrong, but what is wrong and to see how to correct it.

“We are pleased that there are measurable improvements, and that INEC is assuring us that it has resolved some of the areas that have often caused violence.

“The security agencies have also continued to give us assurances. Our hope is that you can raise your areas of concerns and let us see what can be done to instill confidence in this process,” he said.

General Abdulsalami also called on Nigerians to take the forthcoming general elections seriously said it would be the only way they can contribute to its success.

“I want to appeal to all Nigerians to appreciate the seriousness and significance of these elections. We have gone through many difficulties and survived them.

“The purpose of this initiative by the peace committee is to build up the confidence of our people in the electoral process and to ensure that we do all that is possible to ensure that these very crucial elections are successful.”

The APC presidential campaign council had on Monday asked law enforcement agencies to arrest Atiku following an audio recording released by his former aide, Michael Achimugu, in which the former vice president is alleged to have explained how shell organisations were set up to divert public funds.

In a letter addressed to the Economic and Financial Crimes Commission (EFCC), Independent Corrupt Practices and other Related Offences Commission (ICPC), and the Conduct of Conduct Bureau (CCB), on Monday, Keyamo who is also the minister of state for Labour and Productivity gave the agencies 72 hours to begin prosecution of Abubakar.

Keyamo also alleged that Atiku is in violation of section 18(2) of the Money Laundering (Prevention and Prohibition) Act, 2022, and section 96(1) of the Penal Code.

In the suit with number FHC/ABJ/CS/84/2023, Keyamo is praying the court for an order compelling Atiku “to submit himself to the CCB, ICPC and EFCC for thorough investigation”.

He told the court that Atiku needs to be investigated over his alleged involvement “with information available to him in respect of a certain bank account belonging to a company named Marine Float and other accounts of two undisclosed companies, which information he disclosed to a certain close aide of his called Michael Achimugu, as to how the said accounts were used as a ‘Special Purpose Vehicles’ to secretly divert and misappropriate public funds between 1999 and 2007 when the 1st defendant (Atiku) served as vice president of Nigeria”.

Accordingly, he is praying the court for the anti-graft agencies “to invite and/or arrest, investigate and (if found wanting) prosecute the 1st defendant in respect of information available to the 1st defendant in respect of a certain bank account belonging to a company named Marine Float and other accounts of two undisclosed companies, which information he disclosed to a certain close aide of his called Michael Achimugu, as to how the said accounts were used as ‘special purpose vehicles’ to secretly divert and misappropriate public funds between 1999 and 2007 when the 1st defendant served as vice president of Nigeria”.

He also asked for a mandatory order compelling Atiku to make himself available to the anti-graft agencies “to aid and investigate the former Vice President on information available to him in respect of a certain bank account belonging to a company named Marine Float and other accounts of two undisclosed companies, which information he disclosed to a certain close aide of his called Michael Achimugu, as to how the said accounts were used as a “Special Purpose Vehicles” to secretly divert and misappropriate public funds between 1999 and 2007 when the 1st Defendant served as Vice President of Nigeria.”

Keyamo said Atiku colluded to fleece the country of public funds using what he termed as “Special Purpose Vehicles” (SPVs).

No date has been fixed for hearing of the case.