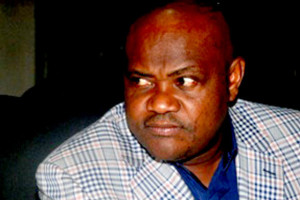 The Rivers State Governor, Nyeson Wike has warned the party on which platform he is ruling the State, the Peoples Democratic Party (PDP) not to toy with the interest of the state.

Governor Wike’s attack of his PDP came on the heels of a committee set up by the party to investigate Ndudi Elumelu’s emergence as the minority leader of the House of Representatives.

Wike further warned: “nobody should dare Rivers State any longer. Enough is enough. PDP should know that we are not a punching bag. We are not a people you can use and push. We are not harlots. Whenever you want, you come. When you finish, you push us aside.”

Over 39,000 People Have Died Of Coronavirus Worldwide