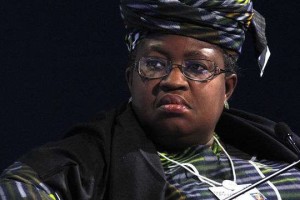 The European Council has reiterated its support for Nigeria’s Dr. Ngozi Okonjo-Iweala as the next Director-General of the World Trade Organisation (WTO), even though the United States is currently standing between Okonjo-Iweala and the WTO top job despite that she had gotten the support of the majority the member states.
In a video conference with President Muhammadu Buhari of Nigeria today, October 30, the President of the European Council, Charles Michel, gave assurance that Okonjo-Iweala will be the
first black and female WTO DG.
This was as President Buhari thanked the European Council for its support for Nigeria’s candidate.
Buhari seized the opportunity of the conference to discuss other issues, including the debt relief for Africa, EU-African relations and recharge of the Lake Chad, which has currently shrunk to less than one-third of its usual size, and throwing about 130 million people who depend on the Lake into dire straits.
Recharge of the Lake Chad is an issue the Nigerian President had vigorously canvassed at diverse global fora in recent time.
President Buhari expressed appreciation to Mr Michel for expected positive developments on the issues.

CBN Determines To End Recession Before End Of 2020