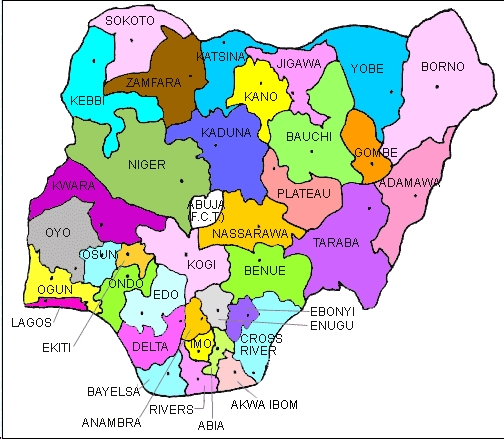 As the political parties, mainly the ruling All Progressives Congress (APC) and the opposition Peoples Democratic Party (PDP) prepare for primaries to elect candidates to contest the main elections in 2023, the issue of zoning, especially of the Presidency, has lately dominated the discourse across the country.

Historically, zoning was first introduced into Nigerian political lexicon by the National Party of Nigeria (NPN) in the Second Republic in the 80’s. The NPN believed that no individual or a group of Nigerians should allocate to themselves the ownership of the country and that everybody was a joint owner of the country. The party therefore, developed the concept of zoning to ensure that every member and every segment of Nigeria has access to that exotic office of the president at certain time.

And, of course, all political conferences that took place after NPN adopted the idea of zoning and aligned themselves to the concept. Even the regime of late General Sani Abacha attempted to include the zoning as part of the provisions in the Nigerian Constitution during his reign. The constitutional conference which Abacha instituted in 1994/1995 recommended the zoning and was on the way to incorporating it into the constitution of Nigeria. The idea Abacha had was to make zoning as part of conditions for registering political parties. Unfortunately, Abacha died and the reforms died with him.

Since then, majority of Nigerians have accepted zoning as a very good strategy that will give everybody a sense of belonging. Those who are able to get the position to their side will be satisfied and those who have yet to get it, were assured that they will get it at appropriate time.

Rewind fast forward, the Peoples Democratic Party (PDP) reviewed its constitution before the 2015 general elections, and inserted zoning via Section 7 (2) (c). In this section, the party says: …”in pursuant of the principles of equity, justice and fairness, the party shall adhere to the policy of rotation and zoning of party and public elective offices and it shall be enforced by the appropriate executive committee at all levels.”

It says in the preamble: “…to create socio-political conditions conducive to national peace and unity by ensuring fair and equitable distribution of resources and opportunities, to conform with the principles of power shift and power sharing by rotating key political offices among the diverse peoples of our country and evolving powers equitably between the federal, states and local governments in the spirit of federalism.”
According to a United States based Legal Practitioner, Ayo Turton: “what is unequivocal in the letters and also unmistakable in the spirit of PDP Constitution is that zoning is not for the sake of North/South dichotomy but for equity, fairness and justice,” adding: “the letters and the spirit of this Constitution clearly states that the party shall adhere to the principles of rotation and zoning in pursuit of the principles of equity, justice and fairness.”

Of course, there is no provision for zoning or rotation in the Constitution of the Federal Republic of Nigeria, nor in the Constitution of the ruling APC, but, like Tanko Yakassai, a northern leader and former Liaison Officer to then-President Shehu Shagari, said:  “for Nigeria to enjoy political stability, unity across the country and a sense of equity, the Presidency and other key national offices should be rotated and shared among the country’s geo-political zones.”

Yakassai recalled that there was a time when competent people were not sufficient all over the country but that every local government in Nigeria now has competent and qualified Nigerians to seek any public office, including the Presidency “and so, there is no reason why zoning will not be acceptable by any Nigerian.”

We in Greenbarge Reporters online newspapers, believe that, within the confines of democracy, every citizen of Nigeria is entitled to accept zoning or reject it, but insist too, that  majority have bought fully into the concept, believing that zoning will bring inclusiveness now and in the future.

And, above all, if any individual or political party prefers to pretend that zoning is only acceptable when it favours them and their ambitions (as in the case of the PDP), and or such politicians or political party blatantly disregard what can be described as ‘gentleman’ agreement on zoning, as in the case of the APC, we wonder what kind of leadership such individual or political party will subsequently provide the country. To us, it amounts to lack of care about what becomes of the country after they might have won the election; it is not far from an abuse of the party’s Constitution or gentleman agreement. And, it is not far from desperation!