Home FEATURES 740 Nigerian Public Institutions Have Not Complied With Freedom Of Information Act... 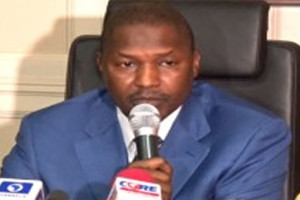 Facts have emerged to show that over 740 Ministries, Departments and Agencies (MDAs) out of the over 800 of them in Nigeria have not been complying with the provisions of the Freedom of Information (FOI) Act since it was signed into law in 2011.
According to a Director in the Federal Ministry of Justice, Benjamin O. Okolo, the lack lustre attitude of the government’s institutions towards the implementation of the provisions of the Act has been impeding the anti corruption war now in progress.
Okolo spoke today, Monday, at the commencement of a 2-day Round-Table talk, organized in Abuja by the Media Initiative against Injustice, Violence and Corruption (MIIVOC), in collaboration with the Freedom of Information Coalition-Nigeria, with support from Justice For All (DFID).
The Round Table, which was attended by various Civil society organizations (CSOs), media executives, top level judicial officers and other stakeholders, was aimed at increasing citizens’ usage of the Act.
Okolo regretted that many Nigerians are still not aware of the operation of FOI Act, over five years after it was signed into law by ex President Goodluck Jonathan.
He said that if Nigerians have been active in the use of the Act, the corruption war which the government of Muhammadu Buhari has waged, would have achieved much more than it has now.
He asked the Civil Society Organizations and other stakeholders to engage more vigorously in the campaign for the proper application of the Act, to fast-track good governance, that is borne out of corruption-free society.
Also in his paper at the Round Table, titled: “The implications of the FOI Act to Nigeria’s Anti-graft War, the Chairman of the Board of Governors, Freedom of Information Coalition, Nigeria, Dr. Walter Duru lamented the low level of understanding of the Act by Nigerians, some of who are supposed to be well knowledgeable.
Dr. Duru recalled that the FOI Act was signed into law on May 28 2011, after the longest legislative debate in the history of Nigeria. The law was passed to enable the public to access information from government and its institutions, in order to ensure transparency and accountability.
He said that the Act aims at making public records and information more freely available as well as enables citizens to hold the government accountable in the event of the misappropriation of public funds or failure to deliver public services.
“It also seeks to protect serving public officers against any adverse consequences from the disclosure of certain kinds of official information, and to establish procedures for the achievement of these purposes.
“Available statistics show that there is an extremely low usage of the Act in Nigeria by the citizens, especially, Media and Civil Society practitioners.”

Dr. Duru insisted that for the anti corruption war to succeed, it must be consistent with the operatives of the anti corruption agencies being honest and transparent. He added that if government officials know that questions would be asked about how they manage the public funds in their care, they would be careful not to divert such funds into their personal accounts.
Professor Des Wilson also delivered a lecture on: “FOI Act: Relevance challenges in the scheme of National Development.” [myad]