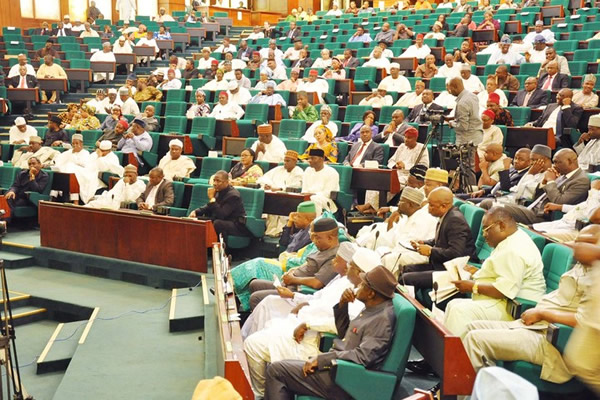 The House of Representatives on Thursday passed the lingering Petroleum Industry Bill (PIB). The House, after considering an Ad hoc Committee report on 312 sections and 438 clauses, unanimously passed the bill into law.

It would be recalled that the Chairman of the Ad hoc Committee on PIB, Ishaku Bawa (PDP-Taraba), submitted the report of the committee’s assignment to the House in March 2015.

The committee had scrutinised the sections and annexure of the original bill and made some amendments and recommendations.

The public hearings also conducted by the 23-member ad hoc committee in all the geo-political zones provided opportunities for stakeholders to make their contributions to the bill.

The bill, which covered salient areas in the petroleum industry, is to ensure the establishment of the Petroleum Equalisation Fund and incorporation of National Gas Company.

Others are the establishment of the Petroleum Directorate and National Asset Management Company, as well as the imposition of new tax regime such as Nigeria Carbon Tax.

The committee, in its report, recommended the removal of Section 191 of the bill, which gave the president discretionary powers to grant petroleum licences.

Other amended areas included Section 174, which recommended that 30 per cent of Nigerian National Petroleum Corporation (NNPC) shares be sold through public offers at the Nigerian Stock Exchange (NSE).

It further amended Section 185, which proposed that 49 per cent of Nigerian Gas Company shares be sold through public offers at the stock exchange.

Under Section 116, the Petroleum Host Community Fund was created to benefit host communities of oil facilities and installations.

The Deputy Speaker of the House, Emeka Ihedioha, said the PIB bill would serve Nigeria a great purpose.

Ihedioha further said that the action taken by the House on the PIB bill was in the best interest of the country.

According to him, the bulk of the work is now left for the Senate to take action on.

“This bill is not political but very vital to the economy of the country,” Ihedioha said.

Meanwhile, ‎the lawmakers adopted a motion by the Leader of the House, Mulikat Akande-Adeola (Oyo-PDP), for the House to adjourn indefinitely, having concluded its life span.