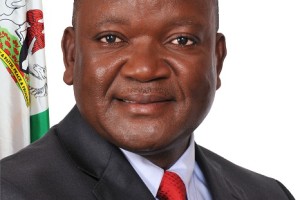 Impoverished Benue State workers may enjoy a bumper Christmas and New Year festivities as a substantial part of the total of N12.7 billion the state government received from the Federal Government as 25 per cent of its refund from over deductions on account of loan repayment will be devoted to paying the arrears of their salaries.
Governor Samuel Ortom, who spoke to newsmen today, Friday in Makurdi about the cheerful development, said that the government received N12.7 billion from Paris Club three days ago.
He said that the state had an agreement with President Muhammadu Buhari that 50 per cent of the money would be dedicated to the payment of workers’ salaries.
“The money is to be used for arrears of salaries. We will be meeting with the labour unions on Monday to discuss how the money can be applied.”
Governor Ortom said that the N12.7 billion was refunded based on the current Central Bank of Nigeria Dollar/Naira exchange rate.
He disclosed that the actual amount due to the state was $181 million, but that due to the prevailing economic challenges confronting the nation, the Federal Government agreed to pay 50 per cent of the money to the state.
The deductions were done by the Federal Government to repay external loans, especially from the Paris Club, between 1990 and 2002.
The governor said that 45 per cent of the total money received was for the local governments.
NAN. [myad]