Home FEATURES Breaking: We Know Where Chibok Girls Are Kept But Being Careful So... 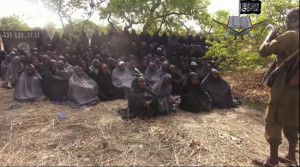 The Chief of Defence Staff, Air Marshal Alex Badeh, has said that the security leadership in the country has located where members of Boko Haram are holding the abducted girls of Government Girls Secondary School, Chibok, who were kidnapped on April 14.
Badeh said that the military would not want use force to release the girls because of the need to prevent the insurgents from killing them.
The number one military personality in the country spoke while receiving a solidarity rally organised by the Citizens Initiative for Security Awareness, led by its National Coordinator, Mr. Chidi Omeze, outside the Defence Headquarters, Abuja on Monday.
Badeh said the military had the capacity to bring back the abducted girls but would not use force for the crucial assignment.
He stressed that the military knows what it is doing and should be allowed to continue with its work.
The CDS said that the military would not go and get the girls killed in the guise of bringing them back adding: “We want our girls back; we want our girls back; we can do it, our military can do it but where they are held, can we go with force?
“If we go with force, what will happen? (they will kill them). So nobody should come and say the Nigerian military does not know what it is doing. We know what we are doing, we can’t go and kill our girls in the name of trying to get them back. So we are working.
“The good news for the girls is that we know where they are but we cannot tell you, we cannot come and tell you military secrets here. Just leave us alone, we are working, we would get the girls back.”