Home FEATURES Brexit In UK, Unwanted President In The US: Risk Society In Full... 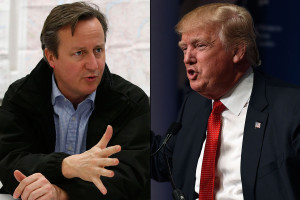 When Brexit happened, the most notable Western newspapers which write the global space such as The Economist, The New York Times, The Guardian and Die Spiegel each had a different name for it but not an overarching concept. Now, a democratically compliant electoral process in the US has produced a president nobody wants but whose electors are in clear majority. So, what is happening?

To attempt an answer to the question of what is happening, it seems we have very little alternatives to Ulrich Beck’s Risk Society thesis.  Adding 9/11 to a list of similar catastrophes in the past, he came to the conclusion that the world has entered the risk society phase. In that phase, we have reached where the consequences of ‘our’ actions are things we lack the language to capture. By Beck’s argument, 9/11 was not a declaration of war, a criminal act and certainly not a coup. The Risk Society is vulnerable to what he called uncontrollable threats that have spatial, social and temporal dimensions.

Uncontrollable because we are dealing with threats that cannot be located in space or threats that have no origin. Where do you locate terrorists or climate change? In which country?

“All the distinctions that make up our standard picture of the modern state  – the borders that divide domestic from international, the police from the military, crime from war and war from peace – have been overthrown…Foreign and domestic policy, national and international co-operation are now all interlocked” he argued. But he also argued and, in his own words, “September 11 exposed neoliberalism’s shortcomings as a solution to the world’s conflicts. The terrorist attacks were the Chernobyl of globalization. Just as the Russian disaster undermined our faith in nuclear energy, so September 11th exposed the false promise of neoliberalism”.

He implicated the power to frame. Beck asks the question: who defines the identity of a transnational terrorist? His answer is that it is neither judges nor international courts but powerful governments and states, a process in which many boundaries collapse. But then, Beck showed how the post 9/11 saw the return of the state. And when asked, state officials justify it on primacy of security. From there, he arrived at the clincher: A state can neoliberalise itself to death”

The leading Western states have neoliberalised themselves to death, weaving uncontrollable risks into the heart of their collective being. Now, they are witnessing the slow but painless termination of the uncaring, unfeeling individualism they institutionalised at home and compelled others to absorb abroad. There are many of such signs already but let’s restrict it to the more recent ones.

First of that would be Brexit – Britain’s self-expulsion from the EU last June. Brexit must be a manifestation of that condition which Ulrich Beck would call the risk society. How else does one explain it when the leading colonial power by which the world defines Europe suddenly finds itself out of the EU – the most advanced and functional model of the cosmopolitan state today. The first global hegemon is no longer a member of the only three remaining empires in the world: the American, the Chinese and the EU. These are beside some of the knotty security, cultural, economic and global governance implications of the outcome of a referendum that came to see the light of the day in the country that boasts of some of the best universities and think tanks in the world. So, what might have happened?

The second is the outcome of the 2016 US Presidential election. Today, America has basically ended up with a president they would wish were not the one but a president who has been popularly elected. How could that happen? This time, the best source of evidence in support of Beck’s Risk Society must come from Leslie Gelb. Leslie Gelb is many things in the American establishment. Most remarkably, he is the author of Power Rules, a very interesting book in its attempt to construct a plausible model of global power configuration for the great power transition from US led world order to a world of multiple centres of power – China, Russia, India, Brazil and one or two more, all sitting in the hall of great power to decide global order. Such a person must, in the African parlance, be a big man. Not if he has also been the President Emeritus of the Council on Foreign Relations (CFR) which is the think tank’s think tank. In March this year, Jacob Heilbrunn, the editor of National Interest, another conservative but interesting read too, interviewed him. Two questions are very interesting from the 2000 words + interview. They first asked him why Hilary Clinton should fear Robert Kagan. Kagan is one of the neo-con scholars who was ready to defect from the GOP if Donald Trump won the ticket.

This is what Gelb had to say: She should fear Robert Kagan because he provides an intellectual basis for her worst instincts. Her instincts are to solve problems by force, to assert American might. And then most of the problems we’re facing now—the lead of our foreign policy should not be force. Force has got to be there, and it’s got to play a role, particularly in the issue of terrorism, fighting terrorism. But basically, it’s got to be diplomacy and economics, and organizing alliances for action to tackle these problems. That’s got to come first. And Kagan really doesn’t put much store in organizing coalitions to tackle problems—it’s all about assertion of American might”.

No reader would have missed it. Gelb ended up providing a portrait of Hilary Clinton even as much as he gave an insight into Kagan. If you have read any of Kagan’s writings, particularly the essay he did in 2000 with his fellow traveler, William Kristol titled “The Present Danger”, then you would love Gelb’s answer.

But Gelb wasn’t done yet. Two questions they asked him on Donald Trump, his answers to all of which needs capture here:

Editor: Donald Trump is the Republican front-runner. He seems to espouse what might be called an “anti-neocon foreign policy.” What’s your take on Trump’s foreign policy as far as one can be discerned?

Gelb’s reply came as follows: Well, it’s hard to discern it. He is in no sense a foreign policy expert or a plausible thinker on foreign policy. He has a shotgun approach to it. And sometimes it’s kooky. And sometimes it kind of bears out the lessons of the last fifteen or twenty years. He, too, is quite cautious about getting involved in another—U.S. getting involved in a major way in a land war in Syria. And yet, on the other hand he keeps talking about building up American military power as if he’s going to use it to solve these very same problems. I think he hasn’t begun to come to terms with what he himself believes, if he believes anything.

Editor: Who do you think his likely foreign-policy advisers or officials would be in a Trump administration? Any idea?

Gelb answers: That’s a good question. He mentioned Richard Haass most of all. I imagine that’s the result of his having had several conversations with Haass. I don’t believe he’s read anything Haass has written, because I don’t think he reads. But I think he would look to people like that. I don’t think that there’s any ideological group that he would depend on. He mentioned retired General Jack Keane as another person he talks to or admires. Keane is a very smart guy, very conservative and very strong on the use of military force. But he’s a serious man, and he’s the kind of guy who ought to be involved in conversations with the president.

But I don’t think Trump has given this much thought, who would be his foreign-policy team, and when he does, it’s not going to be his picking one person who then picks, you know, the next twelve. I think Trump would be involved in it all, and it would be—how should I put it?—eclectic.

How might we summarise Gelb’s insights? ‘Future impossible’ might not be a bad idea. Neither Hilary nor Trump was, in Gelb’s estimation, heeled to be president. Yet, Gelb is not only one of the most informed of the American intellectuals of statecraft, the United States of America affects everybody – from the media products you consume to the system of government you run in countries far away from North America to just about everything. The wise old Julius Nyerere got it right: we should all vote to elect the American president because America rules the world. It must, indeed, be the Risk Society where things happen which we have no language to capture it even though they are the direct outcomes of things ‘we’ have done in the past. Call it nemesis, synthesis or blow back, there is a convergence there. How do ‘we’ get out of it? What if the world starts by making it a season of migration to the Scandinavian countries where they put human beings first before capital.

Meanwhile, the defeat of Hilary Clinton has virtually collapsed the phenomenon of women taking over power in very key states across the world. It would have been a turning point if, by January 2017, a number of the world’s great powers – the UK, the US, Germany and Brazil were ruled by women. Now, the US and Brazil are out of that list. In South Korea, the woman president there seems entangled. The questions that made the phenomenon worth watching were whether gender would have trumped other considerations when you have women running the show in many strategic countries at same time. What would have been the implication for world peace? [myad]