Home FEATURES We Are Broke, Have No Fund To Pay Super Falcons – NFF 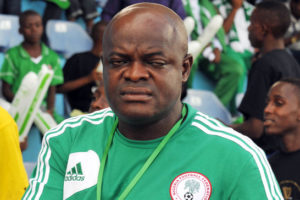 The Nigeria Football Federation (NFF) has declared itself broke as a result of which it cannot pay players and officials of the Super Falcons all their entitlements for winning the Africa Women’s Cup of Nations (AWCON).

A statement by NFF’s Director of Communications, Ademola Olajire, quoted the Federation’s General Secretary, Mohammed Sanusi, as saying that the money for this was however not available at the moment.

“The Federation is not happy about owing players and coaches. But it can only continue to seek their understanding and those of hoteliers and travel agents, as well as its management and staff until the situation improves.

“There is no gainsaying in the fact that there is a severe economic challenge in the country now and all organizations, whether government or private, are feeling the pinch. But, it is not government’s doing.

“We know we have financial commitment to the players and officials of Super Falcons, and we have not at any time stated otherwise. But the money is not readily available at the moment.

“We will pay them all monies they are being owed as soon as we receive same from government, just as we paid the national under-17 team’s players and officials who won the FIFA U-17 World Cup in Chile last year, after the tournament.

“Just as we paid coach Samson Siasia’s wages as soon as we had the funds after the Olympics.’’

Sanusi also recalled that the Super Eagles were owed monies for the match against Tanzania and were paid when funds for that match were made available by government.

“We still owe the Super Eagles for the matches against Zambia and Algeria, but the memos have gone to government and are being looked at.

“But we must commend the Minister of Sports, Solomon Dalung, who has been energetically pushing the cases of the various national teams.

“We have sent the memo for the Women Africa Cup of Nations in October and it is being processed as we speak.”

Sanusi said that NFF has embarked on an aggressive drive to find a permanent solution to the issue of owing players and coaches.

He said that corporate players were now listening to the NFF’s leadership and the Federation’s finances would soon improve.

“We are also working to get monies outstanding from former sponsors of the national teams, to complement what we are expecting from government.

“In relation to all these, we are in the process of sorting out our TSA domiciliary accounts so that we can receive our due grants from FIFA and CAF, including the $80,000 prize money from the AWCON, once it is available.”

The NFF General Secretary also appealed to media representatives to understand the plight of the Federation, and temper their write-ups with some understanding.

“This morning, I was reading a report that the Federation is yet to pay the Super Falcons one kobo. That is not correct.

‘“While the team was in Cameroon, the NFF sourced for money from one of our sponsors and paid the players N500,000 each and also paid the technical crew and backroom staff.

“Our friends in the media should make the effort to clarify whatever information they have before going to press.’’

While applauding the Falcons for their tenacity and total dedication to duty in Cameroon in spite of low morale, Sanusi confirmed that a reception would soon be held for them.

“NFF is waiting for word from government to know when the African champions will be hosted to a state reception.

“The reception for the senior women national team is out of our hands. We are waiting on the Federal Government and as soon as we have confirmation of the date, we will inform the players and officials to regroup in Abuja.”