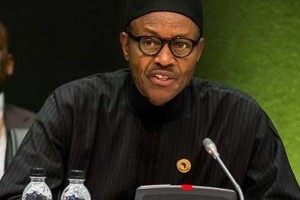 President Muhammadu Buhari has cautioned the people of Rivers state to conduct themselves in peaceful and orderly manner as they go out tomorrow, Saturday to cast their votes in the federal and state legislative rerun elections.

The President asked all political parties, their candidates, other stakeholders and the people of the state to ensure that the polls are conducted without rigging, violence and intimidation of opponents and electoral officials.

A statement today, Friday, by the special adviser to Buhari on media and publicity, Femi Adesina quoted the President as reminding politicians and their supporters in Rivers State to put the higher interest of the people of the state in mind in the re-run.

“The rerun elections should not be seen as a do-or-die affair to the extent that people will be killed, maimed and property destroyed in a mindless display of crude primitive instincts. Innocent blood should never be sacrificed on the altar of political contest for temporary power.” The President, who called on security and law enforcement agencies to exhibit professionalism and non-partisanship in the discharge of their constitutional duties even in the face of extreme provocations, directed them to deal decisively with trouble-makers and those bent on violating the sanctity of the electoral process.

President Buhari advised the Independent National Electoral Commission (INEC) to do all within its powers to give transparency and fairness to the electoral exercise in Rivers State.

He restated the commitment of his administration to deepening democracy in the country by enthroning a legacy of respect for the wishes of the people through free, fair and credible elections devoid of intimidation and violence throughout the federation. [myad]