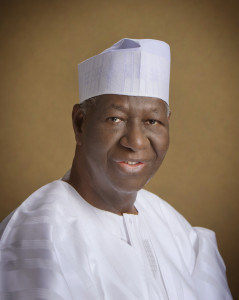 It was not until August 4, last year, when he turned 80 that many Nigerians got to know, through publications in the print media, about the humble beginning, indeed, the grass-to-grace narrative of the Chairman of the Board of Trustees (BoT) of the Peoples Democratic Party (PDP), Chief Anthony Akhakon Anenih, Commander of the Federal Republic (CFR) and the Iyasele (Prime Minister) of Esanland.

The crux of the narrative, which touched the sensibilities of readers, was how, following his successful sojourn at Government School, Uromi, he could not proceed to Saint Thomas’ Teacher Training College, Ibusa, after passing the qualifying examination due to the inability of his parents to afford the six pounds required for scholarship; and, he had to, among other things, take to rubber tapping to raise fund for his education.

That story quickly dismantled the fixation in some quarters that Anenih is from an aristocratic background.  Not at all!  He had later lived up to his middle name, Akhakon, meaning “Endurance” when he headed for Benin City to stay with and serve, for one year, Lance Corporal Omeben, the father of retired Deputy Inspector General of Police, Christopher Omeben, who was then in Edo College, Benin City.  It was the late Lance Corporal Omeben who advised and encouraged Anenih to enlist in the Nigeria Police Force in 1951 (from where he voluntarily retired in 1976 as Commissioner of Police to venture into private business.)

His enlistment in the Police was how Anenih began to overcome the vicissitudes of life, and succeeded to define a trajectory of accomplishments in life in the face of sociological temper that had threatened to irredeemably weigh him down.  He endured the pains and the strains of the struggle to breakthrough.  As he celebrates his 81st birthday on August 4 (Monday), this year, this humble beginning of this great politician of our time must come under focus as he engages in obligatory introspection.

It is not that he has not, before now, given a deep thought to how the Almighty God has been kind to him; otherwise, he would not have passionately devoted himself to the service of God and humanity; which brings me to a silent chapter of his life which is hardly celebrated, namely: his philanthropy.  Among countless individuals and institutions, both academic and religious, which have benefitted from his large-heartedness are: Ambrose Alli University, Ekpoma; the University of Benin; Igbinedion University, Okada; and Federal University of Agriculture, Abeokuta. In 2012, he endowed a multi-million naira Geriatric Centre at the University College Hospital (UCH), Ibadan, the first Geriatric Centre in Africa, to bolster the care of the aged and senior citizens.

Anenih is reputed for his legendary generosity and catholic conviviality.  These represent the core of the humanity component of his persona.  With these, he has effectively played the role of a Dependable Leader, a fact to which his numerous followers can attest.   Without doubt, it is all about his humanity: here is a leader who is always touched by the feelings of the infirmity of his associates and followers and provides them succor.  Yet, this inimitable benefactor does not make noise about his good gestures or interventions whether in the political or private lives of the beneficiaries.

His reactions to political issues since 1979 when he made a foray into partisan politics have been measured, if not sphinx-like.  Some would simply see him as an enigma.  They would be very correct if they situate their assessment within the political context.  This is, because, politics is the preoccupation that has forcefully launched him into the limelight.  But he does not love the limelight; he does not crave it; he does not enjoy photo opportunities.  This further deepens the aura of inscrutability around him.  This is the puzzle that Anenih typifies.  He revels in impenetrability.

Newspaper libraries cannot thrust at you any interview that he granted any journalist, at least, in the last fifteen years: since the inception of the current Fourth Republic.  He does not grant press interviews; not because he loathes the press.  Far from it!  He only engages with issues in the media either through press statements personally signed by him; or through publication of papers and speeches delivered at events; or occasionally when accosted by journalists at the end of political meetings; but then, his response(s) would be short and sharp like the Angel’s visit.

It is curious that in a society where politicians clamour for recognition, and advantageously position themselves in the media to gain mileages, Anenih would rather restrain himself and choose, instead, to dance to the quiet rhythm of his soul.  This is a disposition that has helped to define his persona as a taciturn and decorous politician, whose maturity, experience and patriotism cannot be faulted.

Anenih is a purposeful and quintessential politician, a politician who has earned his place in the nation’s politics as a Leader of his people and his numerous followers within and outside his political sphere of influence.   But his tenacity of purpose and legerdemain had actually crystallized in the defunct Second Republic when, as Chairman of the National Party of Nigeria (NPN) in the old Bendel State, he plotted and led the political/electoral onslaught that saw his party’s candidate, Dr. Samuel Ogbemudia, defeat the then sitting governor, the late Professor Ambrose Alli of the Unity Party of Nigeria (UPN).

The strategist had replicated similar feat in the ill-fated Third Republic as Chairman of the Social Democratic Party (SDP) and in the current Fourth Republic when, during Obasanjo’s re-election gambit in 2002/2003, he had taken charge of the machinery that fashioned out strategies that ensured the defeat of opposition to Obasanjo within and outside the Peoples Democratic Party (PDP).  In 2007 and 2011 general elections, he played a frontline strategic role in the electoral success of the PDP.

Anenih’s ability to consistently, at every turn, resolve knotty political puzzles would later earn him yet another sobriquet- “Mr. Fix It”, which the opposition elements have tried to twist negatively to demonise him.    But as I wrote before and I repeat: the deprecating aura that the ‘Mr Fix It’ tag exudes in the nation’s political arena does not aptly convey the essential content of the Anenih persona.  Yet, the other camps have always played it up in their deliberate schema to demonize him within and outside the cosmos of political affairs where he hit the limelight.  It is, indeed, paradoxical that politics, which brought him fame, has also earned him scorn in the camps of the opposition elements.

But then, he has chosen to bear the cross philosophically: politics is in his blood and he plays it with the passion and devotion of a religious aficionado.  He accepts the compliments that come with it as well as the bashings.  He relishes the victories, the accomplishments and the bravura performances of his party and candidates during electoral contests.  He has also learned to live with the pains of defeat whenever he suffers any.

This is his inspirational disposition to politics, which is far flung from the myth of invincibility that has been created around him by his traducers who have tried to create the erroneous impression in the minds of those who do not know him (Anenih) that he behaves as a god in human flesh as far as politics and electoral contestations are concerned.

But here is the true portrait of the man: a grand and archetypal politician who is consistently and persistently loyal to his leadership and followership; an ardent mobiliser of human resources; a political strategist with the can-do spirit, who believes in positive thinking as well as the force of great and reasonable expectations.  All these represent the sum of his inspirational life. Happy birthday to the real Leader of leaders!