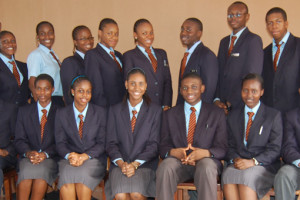 Proprietor and founder of Charles Dale Memorial International School in Port Harcourt, Rivers State, Mrs. Victoria Diete-Spiff, has lamented that parents are now withdrawing their children from private schools because of the economic crisis in the country.

Diete-Spiff, who spoke after receiving Academic Icon Award from National Association of Oduduwa Students during the 10th anniversary of the institution, also urged government to give grants to private schools, said that parents are now taking their children to public schools.

The private school proprietor confessed that private schools are facing hard times, justifying such schools as the drivers of academic excellence in a nation and therefore need encouragement.

“Most schools proprietors are anticipating that the recession is going to be rough. Most parents, during this recession, are having financial problem. Most of them told us that if the economy becomes better they will return their children to school. They are retrieving their children.

“Private school is the bedrock of education in Nigeria and for somebody to withdraw his ward from private school, it means a lot.

See also:  UniAbuja Frowns At JAMB For Being Associated With Admission Racket

“Government should improve the standard of education in Nigeria, at least by providing grants for private schools. In other countries, the government gives grants to private schools, but it is not done here.

“Government should do what needs to be done. Qualitative education is necessary because that is what the country needs for development.” [myad]