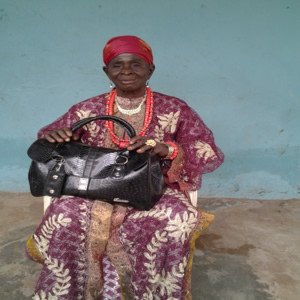 The death has been announced, of an 83 year old Sabo Gida Ora Princess, in Edo state, Maria Iraoya. She died in Kaduna, where she was being taking care of by her eldest daughter, Mrs. Florence Iriri, at about 1.45am on Friday, June 7, 2014.
Princess Maria Iraoya died after a protracted illness which saw her leaving Okpa in Afuze, Edo state, her matrimonial home for Abuja where her second eldest daughter, Mrs. Mariam Yusuf took care of her for over seven months.
Late Princess Maria, who lost her husband in 1998, was survived by Mr. Robinson Iraoya (her eldest child), Mrs. Florence Iriri and Mrs. Mariam Yusuf (wife of Editor-In-Chief/Chief Executive Officer of Greenbarge Media and Communications Limited), Publishers of Greembarge Reporters at www.greenbreporters.com). Mrs. Yusuf is a staff of the Government Girls’ Science Secondary School, Kuje Abuja and student of University of Abuja.
The deceased was also survived by daughter Mrs. Justina Sunny in Benin, sons: Bolaji Iraoya of Nigerian Navy in Lagos, Ajayi Iraoya of Nigeria Police Mobile Force in Lagos, Miss Bose Iraoya and Mr. Richard Iraoya (her step son) among others.
Burial arrangements are being put togather by members of the family, led by Mr. Robinson.