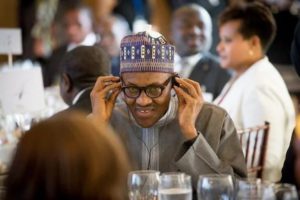 It is perfectly in order for Nigerians to insist in knowing about what happens to their President, any sitting President, at any given time, much more about his health, his welfare and all that. What is also certain in any governmental system is the fact that citizens get worried, positively and or negatively, about any form of ill health of the President, especially when such ill health is presumed to have been kept in secret from them.
It was perhaps, in keeping the citizenry abreast of the President’s health that, even before President Muhammadu Buhari left, on January 19 for London, on vacation, information about checking his health while in London was included in a statement issued by the Presidential spokesman, Femi Adesina.
As a matter of fact, there was nothing in Adesina’s statement to suggest that Buhari’s health was in danger or that his purpose of going to London was for any kind of medical treatment.
As a matter of fact, Buhari walked into the aircraft that took him to London bubbling. He shook hands with his aides that were present at the point of his departure and even cracked jokes.
But trust Nigerians, especially, those in opposition and the large army of corruption-fighting-back, plus their latest recruits, less than 36 hours after Buhari left, news flew from God knew where, that he was dead, not even that he was sick.
Ever since then, Nigeria and the world had been fed with so many stories about him: from the rumour that Buhari was dead, to the hateful questioning of the various photographs showing his wife, Aisha, Governor Amosu Ibikunle of Ogun state and others visiting him in London where he is resting, to the very dangerous story spewed by Sahara Reporters about the President undergoing cancer surgery. It has been a kind of celebrated case of the high point of rumour.
In what it tagged: EXCLUSIVE, Sahara Reporters came up, on February 8, 2017 with a story of Buhari undergoing what it called Chemotherapy treatment for six months to treat acute cancer at Princess Grace Hospital in London.
According to the wild wild Sahara Reporters, the President (Buhari), who was being treated at the Princess Grace Hospital, 42-52 Nottingham Place, London, collapsed last week when the first medicine was tried on him, forcing his doctors to suspend the chemotherapy treatment immediately. Sahara Reporters which went on to tell the world that President Buhari had been battling prostate cancer for more than five years, said that the drug that would kill the cancer, known as chemo, has side effects such as urine and bladder changes and kidney problems and that it can affect concentration and focus, mood changes, fatigue and hair loss; easy bruising and bleeding, mouth, tongue and throat problems such as sores and pain with swallowing, anaemia (low red blood cell counts), nausea and vomiting, appetite changes, constipation, diarrhoea, among others!!!
Of course, the picture Sahara Reporters painted was that of a President (Buhari) already on his way, inevitably to his grave. And that even before he would die shortly, he was incapacitated. The implication of all that was that constitutionally, Buhari could no longer be the President of the Federal Republic of Nigeria.
One did not need to go far to see the direction Sahara Reporters was leading its readers, having presented Buhari as suffering from a disease with drug that has such mouthwatering and fearful side effects,
Funny enough, just at the same time, on February 8, when the gullible ones were busy reading and sharing the Sahara Reporters tale, Buhari, the subject of such wild wild report was playing host to the National leader of his party, the All Progressives Congress (APC), Asiwaju Bola Ahmed Tinubu and the first national chairman of the party, Chief Bisi Akande in his London house where he is resting.
It was as if Sahara Reporters has forgotten or was deliberately playing ignorant game in its haste to satisfy its sponsors, that President Buhari had never been on admission in hospital since he arrived in London.
The Sahara Reporters failed to tell its gullible readers where the preliminary drug was administered on President Buhari which led to his being collapsed; against the backdrop of the fact that even mad and senseless people know that surgery cannot be carried out on a person outside the four walls of a hospital, and it is usually done in a hospital theatre.
Of course, the wild wild story of Sahara Reporters came as one of the numerous orchestrated stories in many social media, posted mainly by people from their bedrooms. The carriers of such stories may have forgotten that even if Buhari is out of the way today, either through death (which will come to every living thing either now or later) or by the well-arranged lies all over the place, it is a human being like him that would become the President. And that no body knows what such person, who would be President, could do to change Buhari’s fight against corruption and defeat Boko Haram and above all, bring cheap food to our tables.
Or is it just hatred for the person of Buhari, for daring to touch the untouchables who have milked this country dry and left it gasping for air in terms of funds to govern well?
Why all the politics about the health status of President Buhari who has proved time and time again that he was not sick to the extent of being admitted in hospital? Or do we just wish and pray that he should be seriously sick or dead, as even Sahara Reporters had successfully concocted?
How would the death of President Buhari solve the numerous challenges the nation is facing, with far-reaching consequences on the living standards of the citizenry?
Do we just like to be dangerously noisy for the fun of it or for a pot of porridge? [myad]