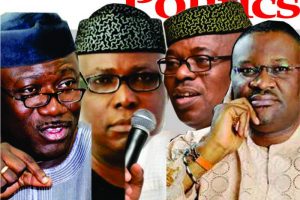 Stakeholders in the All Progressives Congress (APC) in Ekiti State have insisted that the only way to ensure transparency in the rescheduled primaries of the party in the State is through direct voting.

The stakeholders, who were drawn from all the Senatorial zones of the state, in a news briefing today, Wednesday, said that direct primaries should be the preferred method for democratic leaning institutions like the APC.

They gave the following reasons for the position they have taken:

The stakeholders therefore appealed to the party’s National Working Committee (NWC) to do the right thing and tow the path of honour and respect Ekiti for the collective benefit of our party, saying that they cannot love Ekiti better than Ekitians and their regional leaders.

“We plead for the voice of reason. We enjoin that our President and voices of our National Leader must be respected and not embarrassed. Let us make Ekiti State APC stronger not weaker.”

They made it clear that Ekiti Progressives in the APC are one, and are united in ensuring the basic tenets of Democracy are upheld in the party despite the embarrassing and terrible situation that was witnessed at the attempted delegate primary held last Saturday in Ado Ekiti.

“We note with dismay the irregularities that preceded that exercise including shoddy arrangements by the organizing committee, lack of clear guidelines by the primary committee, the conflict of interest of its members, use of levers of violence and security agencies at the primary grounds and violation of secret ballot rules including evidence of primary delegates compromised by bribes, threats and intimidation.

“We also note with dismay the incoherent response of the NWC of the party, which seem to be acting at cross purposes with the state executives who had their offices invaded by thugs as well as statements issued seemingly in coordination with one particular candidate to the detriment of others. We also note that one or two NWC members have since claimed no meetings  to discuss Ekiti Post Primary has been held which further puts to test the claim of NWC’s impartiality and ability to constitute an even handed primary committee now and in the Future.

“It is for this reason we commend the intervention of the Southwest Nigeria leaders on the instruction of Mr. President on the brewing crisis in Ekiti.