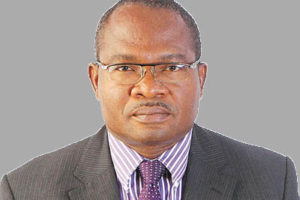 The Convener of the Nigeria Civil Society, Situation Room, Clement Nwanko, has described the Ondo State governorship election as generally peaceful and smooth.

In a post election news briefing today, Sunday, in Akure, Ondo state capital, Nwanko commended the professionalism displayed by the Independent National Electoral Commission (INEC) during the voting process at the polling units.
He acknowledged the participation of all political parties in the election despite media reports of
call for postponement by some, and expressed satisfaction with the way all adhered to the peace accord they entered into before the election.
Nwankwo said that observations and reports from the field indicated that there was early distribution and deployment of personnel and materials, which led to commencement of voting at scheduled time of 8am on Saturday.
Security personnel carried out their duties in a civil way even though there were isolated incidents of misconduct by some.
Nwankwo, however, admitted that there were challenges with receiving collated results from local governments that were distant from Akure, the state collation headquarters.
According to him, it created delay in the announcement of results from all of the councils at the same time and advised that further work be done to improve collation time in future election.
“There was still much concern that the general arrangement of some polling units with inadequate floor spaces compromised vote secrecy.”
He said that the situation room observed in Polling Unit 005, Ward 01, Akoko South East and Polling Unit 005 Ward 03 in Idanre councils respectively report of police officer found collecting envelope from party agents.
The situation room also observed that there was poor welfare condition for security personnel deployed for the election and security men complained of lack of support and welfare package.
Nwanko also noticed the issue of vote buying by political parties in the election, saying reports of parties paying voters to induce support had continued and posed a threat to free election in Nigeria.
The situation room is made up of Civil Society Organization working in support of credible and transparent election in Nigeria. [myad]