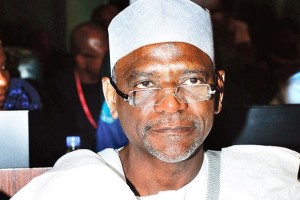 A former Vice-Chancellor of the Uthman Dan Fodio University, Sokoto, Professor Riskuwa Shehu, has given a hard knock on private universities in Nigeria which he said lacked qualified academic and non-academic staff to offer quality education.
In an interview with the News Agency of Nigeria  (NAN) in Ilorin, Kwara state today, Thursday, Professor Riskuwa said that most senior teaching staff in private universities are either employed on sabbatical, visiting or on adjunct basis.
He said that such situation existed because the institutions had difficulty in attracting quality staff.
The professor of Biochemistry, however, said that private universities have more stable academic system because of governance structure.
He said that private university are usually smaller in size in terms of demand for upkeep and maintenance of standard.
“The proprietors of such institutions have a way of reducing pressure from the workers of the institutions. Honestly speaking, you find out that the private institutions in this country are mostly driven by the workforce in the public sector.”
Professor Jude Udenta of Enugu State University of Science and Technology, said that private universities have bridged the admission gap for prospective students and provided spaces but could not vouch for the quality of graduates.
“They have done well in absorbing myriad of admission seekers. However, I cannot clearly attest to their quality notwithstanding the number of first class students they produce since most of their students are those who get lower grades in JAMB exams.”
Udenta, a Professor of Government and Public Administration, said that most private universities depended on retired lecturers, ad-hoc lecturing staff or lecturers got from faith-based organisations since they could not pay their lecturers well.
“If, you see any sound and young lecturer in there, it might be due to lack of job. The same lecturer definitely will leave anytime he gets an appointment in any public university due to minimal pay at the private universities.
“Just few of them are coming into the academic sector with innovations to match the towering gap and academic excellence government-owned universities have attained so far over the years.”
That was even as, a professor of Mass Communication at Nnamdi Azikiwe University, Awka, Professor Kate Omenugha, insisted that private universities are bridging the gap created by the inadequate number of spaces in public universities.
Omenugha, who is the Commissioner for Education in Anambra, said the quality of private universities is high since they operated on the guidelines of the Nigeria University Commission (NUC).
She advocated constant accreditation and re-accreditation by NUC to ensure that they conformed to the standards on which they were approved.
“It is purely personal, some of them are good, others are not too good but that also applies in the public university products.
“There is need to continually monitor the private universities through accreditation and reaccreditation to ensure that the standards are not compromised.”
An undergraduate student at the Alhikmah University, Ilorin, Miss Lydia Epelle-Oko, said that the high school fees charged by private universities often discouraged many parents from  sending their children to the institutions.