Home FEATURES I Have So Far Stolen 9 Babies And Sold Them, Man Allegedly... 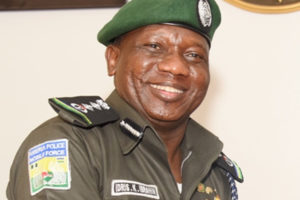 A 37 year old man, whose name was given as Emmanuel Udeagwu, has allegedly confessed that he had so far stolen nine babies and sold same to those who needed them in the Republic of Niger.

The Delta State Commissioner of Police, Zanna Ibrahim, who revealed this when he spoke to news men in Asaba today, Saturday, said that Emmanuel, who hails from Isunpe Utagba-Unor, Ndokwa West, was arrested  when he and his wife also stole two babies during their naming ceremony at Ebedei Adonishaka in Ukwuani Local Government Area of the state.

Zanna Ibrahim said that the suspect and his wife had earlier been arrested for burglary, adding that the stolen kids were recovered during police search of the home of the suspects on November 13.

“During interrogation, Emmanuel Udeagwu confessed to the crime and that he was the brain behind other cases of child stealing in Ukwuani Local Government Area. He revealed that he has so far stolen   nine children; sold to one Madam Uju and Madam Cash at Asaba who are receivers of stolen children, who in turn sold same to prospective buyers across the Niger.” [myad]