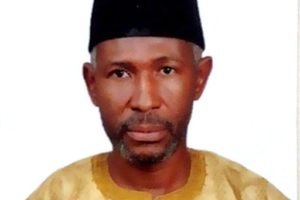 Governor Nasiru Ahmed El-Rufai has appointed a veteran broadcaster, Ibrahim Ismail Ahmed, as the new Managing Director of the Kaduna State Media Corporation (KSMC).
A statement by the Special Assistant to Governor Nasir El-Rufai on Media and Publicity, Samuel Aruwan said that the new MD is expected to use his wealth of experience in broadcasting to achieve the goals of the government.
The new MD is an experienced broadcaster who has traversed radio and television.
Ahmed is currently the Assistant Director, Director General’s Special Unit at the Nigeria Television Authority (NTA) headquarters, where he has been Assistant Director (News) and Manager/Head of News and Current Affairs on News 24.
He holds a first degree in Language Arts from the Ahmadu Bello University, Zaria, and a Master’s Degree in Media and Communication from the Pan-Atlantic University, Lagos.
He has attended several professional and leadership courses in his 26-year career in broadcasting. [myad]