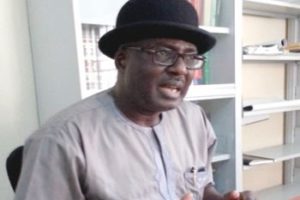 Former Nigerian House of Representatives’ Deputy Speaker, Chibudom Nwuche has raised an alarm that the operatives of the Economic and Financial Crime Commission (EFCC) have concluded plan to embarrass him by laying siege on his Abuja residence, portraying him as a criminal.
Nwuche said that EFCC operatives had in a Gestapo style, invaded his Abuja residence while he was out, and are still laying siege on it, ostensibly to arrest him for a yet unknown reason.
He said in a statement that the manner EFCC operatives invaded his house was a sign of the commission’s disregard for due process.
He said that he had never declined the commission’s invitation to warrant this manner of approach.
According to the politician, he can hear the voice of Jacob though it was the hairy hands of Esau, in his travails, stressing that a particular minister from his zone may have engineered it.
He said that the only time he had to face the EFCC was when an NGO he chairs had an issue, which is currently before the court of law, otherwise, he has never been a corrupt person even when he held public office.
Nwuche’s personal residence in Maitama has been under armed siege by operatives of the EFCC since 2pm on Monday.
Operatives involved in the operation said, they were not there to force him to do anything, but to ask him a few questions in an investigation which links him with an unwholesome activity. [myad]