Home FEATURES How Jonathan’s Men Deceived And Dumped Us, OPC Complains, As It Pulls... 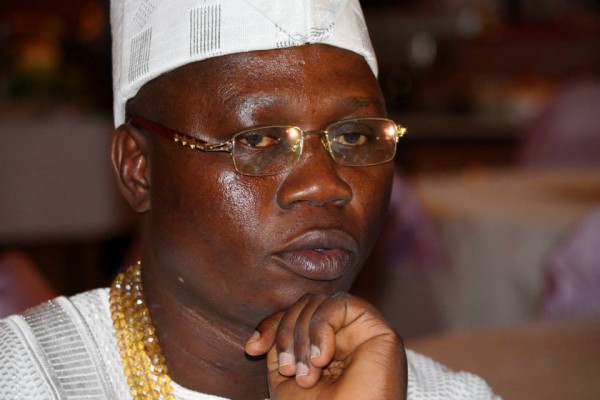 The Oodua People’s Congress (OPC) has complained about how the loyalists of the immediate past President, Dr. Goodluck Jonathan deceived its members with multi-billion naira pipeline surveillance contract across the country but that no payment has been made up to the time the government handed over to President Muhammadu Buhari. This was even as it made it clear that its men would be withdrawn from all the pipelines across the country from today, Monday.

The spokesman of the group loyal to Gani Adams, Yinka Oguntimehin, said in an interview with the News Agency of Nigeria in Lagos today that the Nigeria National Petroleum Corporation (NNPC), which awarded the surveillance contract on behalf of President Jonathan, had refused to start paying for the work its men have done.

“When we were given the contract on March 15, it was agreed that they will release money for the OPC personnel for effective protection of the NNPC pipelines nationwide.

“We lost one man last month because of the activities of the vandals here in Lagos, while some of our men were arrested in the course of protecting the pipeline.

“We had told them to release some of our money before the new administration took over, but they kept promising us.

“Enough is enough, three months have passed since our members started monitoring the pipeline, and we have fulfilled our part of the agreement.

“By 10p.m today, our personnel will move out of the NNPC pipelines nationwide and this applies to other groups in the country.”

The government of Jonathan had in March hurriedly awarded a multi-billion Naira contract to the OPC to secure NNPC pipelines in the South-West Zone of the country, the move that was seen as a way of wooing some chunk of Yoruba people into voting for the Peoples Democratic Party (PDP) in the April 28 and May 11 elections in the country. [myad]