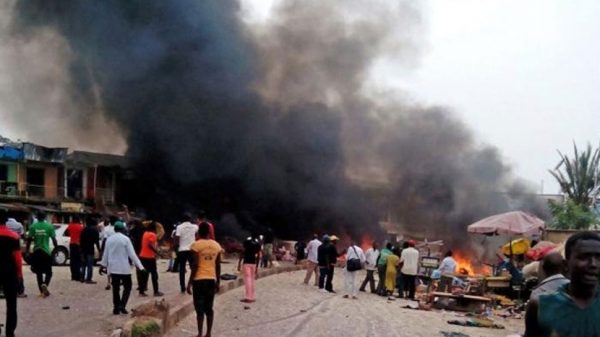 The British Broadcasting Corporation (BBC) has analyzed how fake pictures and news items are being circulated on social media to inflame more communal and even religious conflicts in Nigeria.

The Corporation recalled a gruesome image of a woman with face down in a pool of blood, a gaping shoulder wound was displayed in social media and was purported to be from the recent attacks.

“It has hundreds of retweets on Twitter, but it first appeared on the internet in 2011 in a story about domestic violence in Nigeria.

“Another image appears to show half a dozen people that were killed in the attacks. On closer inspection it becomes clear that the picture was not taken in Nigeria, and is actually the scene of a 2015 traffic accident in the Dominican Republic.

They are both too graphic for us to display and were accompanied by highly inflammatory comments.”

BBC also recalled that earlier in the week, major Nigerian news outlets ran a story claiming that Danladi Circoma, a leader of the Miyetti Allah Cattle Breeders Association, said the attacks in Plateau were revenge for the loss of 300 cows.

They quoted Danladi Ciroma as saying: “since these cows were not found, no-one should expect peace in the areas.”

The Corporation said that such comments drew widespread anger and swift condemnation, but that he had denied ever making the statement.

It confessed however that misinformation and fake news in Nigeria is not a new thing, saying that in some cases, the lack of official information created a vacuum which has been filled by rumours. This only serves to escalate tensions further.

“The explosion of social media – Nigeria has 26 million active Facebook users – and the rapid growth of smartphones means rumour spread quickly and easily on social media.

“In January, the presidency denounced a fake Twitter account which appeared to justify herdsmen attacks in Benue state to the anger of the public.

“A month later, a letter alerting the public to an apparent attack by herders on the Lagos-Ibadan Expressway, a major route in the country’s south-west, went viral before the police issued a statement to deny it.”